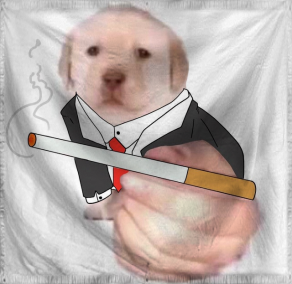 The Dictatorship of Auviantan Outh Islands is a huge, socially progressive nation, notable for its smutty television, ubiquitous missile silos, and irreverence towards religion. The compassionate population of 661 million Auviantan Outhtakers have some civil rights, but not too many, enjoy the freedom to spend their money however they like, to a point, and take part in free and open elections, although not too often.

The enormous government juggles the competing demands of Education, Administration, and Healthcare. It meets to discuss matters of state in the capital city of Falcon In Denial City. The average income tax rate is 86.2%, and even higher for the wealthy.

The all-consuming Auviantan Outh Islandsian economy, worth 74.9 trillion deniers a year, is broadly diversified and led by the Information Technology industry, with significant contributions from Tourism, Book Publishing, and Trout Farming. State-owned companies are common. Average income is an impressive 113,249 deniers, and evenly distributed, with the richest citizens earning only 2.2 times as much as the poorest.

Paper and ink publications are subsidised by the government to keep them in the black, economists have been named Invertebrates of the Year, relationships often break down when doctors tell couples they are genetically incompatible, and mathematicians are hated by children across the country. Crime, especially youth-related, is totally unknown, thanks to a well-funded police force and progressive social policies in education and welfare. Auviantan Outh Islands's national animal is the falcon, which soars majestically through the nation's famously clear skies.

Auviantan Outh Islands is ranked 82,090th in the world and 3,241st in the South Pacific for Largest Insurance Industry, scoring 2,339.8 on the Risk Expulsion Effectiveness Rating.

A leftover country, and 89 others.