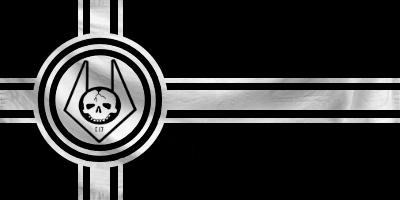 The United Directorate of Unielvan Millorvium is a colossal, orderly nation, ruled by Executive Director with an iron fist, and renowned for its complete lack of prisons, smutty television, and irreverence towards religion. The hard-nosed, cynical, humorless population of 6.215 billion Unielvan Millorviumians are ruled by a mostly-benevolent dictator, who grants the populace the freedom to live their own lives but watches carefully for anyone to slip up.

The medium-sized, corrupt, well-organized government is primarily concerned with Defense, with Education, Industry, and Administration also on the agenda, while Spirituality receives no funds. It meets to discuss matters of state in the capital city of Axion. The average income tax rate is 97.7%.

The frighteningly efficient Unielvan Millorviumian economy, worth a remarkable 3,190 trillion Dollars a year, is driven entirely by a combination of government and state-owned industry, with private enterprise illegal. However, for those in the know, there is an enormous, deeply entrenched, broadly diversified black market in Arms Manufacturing, Information Technology, and Retail. The private sector mostly consists of enterprising ten-year-olds selling lemonade on the sidewalk, but the government is looking at stamping this out. Average income is a breathtaking 513,408 Dollars, and distributed extremely evenly, with little difference between the richest and poorest citizens.

You gots to be part of the Party to get in to the party, women complaining about lack of opportunity are told to "man up", Eagle sanctuaries have been taken over by hydraulic fracturing sites, and official maps have to be revised on a weekly basis. Crime, especially youth-related, is totally unknown, thanks to a capable police force and progressive social policies in education and welfare. Unielvan Millorvium's national animal is the Eagle, which is also the nation's favorite main course.

Unielvan Millorvium is ranked 48,176th in the world and 1,773rd in the South Pacific for Largest Automobile Manufacturing Sector, scoring 3,331.1 on the Henry Ford Productivity Index.