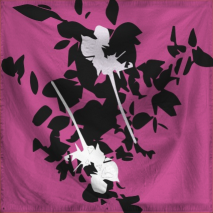 The Democratic Republic of Eastern Cenland Anuicalica is a massive, environmentally stunning nation, ruled by Anuicalican Council with a fair hand, and remarkable for its museums and concert halls, state-planned economy, and devotion to social welfare. The compassionate, democratic population of 1.703 billion Eastern Cenland Anuicalicans love a good election, and the government gives them plenty of them. Universities tend to be full of students debating the merits of various civil and political rights, while businesses are tightly regulated and the wealthy viewed with suspicion.

The government — a sprawling, bureaucracy-choked, socially-minded, outspoken morass — juggles the competing demands of Education, Administration, and Healthcare. It meets to discuss matters of state in the capital city of Fox Anui City. The average income tax rate is 95.8%.

The frighteningly efficient Eastern Cenland Anuicalican economy, worth 189 trillion calicas a year, is driven entirely by a combination of government and state-owned industry, with private enterprise illegal. The industrial sector, which is extremely specialized, is mostly made up of the Information Technology industry, with significant contributions from Tourism. Average income is an impressive 111,443 calicas, and distributed extremely evenly, with practically no difference between the richest and poorest citizens.

Shelters struggle to keep up with the endless intake of stray animals, Eastern Cenland Anuicalicans incessantly needle their doctors for relief, many parents are becoming frustrated with their children's choices in spouses, and Maxtopian villagers starve by the time Eastern Cenland Anuicalican officials even file the appropriate paperwork needed to help them. Crime is totally unknown, thanks to a well-funded police force and progressive social policies in education and welfare. Eastern Cenland Anuicalica's national animal is the fox, which frolics freely in the nation's many lush forests.

Eastern Cenland Anuicalica is ranked 2,248th in the world and 339th in the South Pacific for Most World Assembly Endorsements, with 101 valid endorsements.