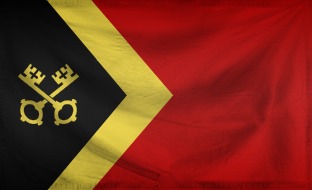 The Cantankerous Curmudgeon of Belschaft is a gargantuan, efficient nation, ruled by James Lambert with a fair hand, and renowned for its museums and concert halls, daily referendums, and restrictive gun laws. The hard-nosed, hard-working, democratic, humorless population of 30.658 billion Belschaftians hold their civil and political rights very dear, although the wealthy and those in business tend to be viewed with suspicion.

The relatively small, corrupt, liberal, outspoken government juggles the competing demands of Education, Healthcare, and Law & Order. It meets to discuss matters of state in the capital city of New London. The average income tax rate is 4.9%, but much higher for the wealthy.

The frighteningly efficient Belschaftian economy, worth a remarkable 6,956 trillion Federal Pounds a year, is broadly diversified and led by the Information Technology industry, with major contributions from Book Publishing, Uranium Mining, and Automobile Manufacturing. State-owned companies are common. Average income is an amazing 226,909 Federal Pounds, and distributed extremely evenly, with little difference between the richest and poorest citizens.

Public intoxication has decreased ever since fraternities were banned, citizens recently voted in favour of declaring bubblewrap an 'abomination of nature', vaccinations are mandatory, and movie references are legally admissible in court. Crime is totally unknown, thanks to a capable police force and progressive social policies in education and welfare. Belschaft's national animal is the Evil Unicorn, which teeters on the brink of extinction due to widespread deforestation.

Belschaft is ranked 12,854th in the world and 368th in the South Pacific for Most Advanced Public Education, scoring 9,509.44 on the Edu-tellignce® Test Score.