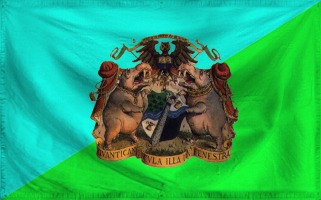 The Dominion of
Atomic Garden
Civil Rights Lovefest
If one can't do it, we can do it.
Influence
Sprat
Region
The South Pacific
Civil Rights
Superb
Economy
Frightening
Political Freedom
Superb

The Dominion of Atomic Garden is a gargantuan, efficient nation, ruled by Prime Minister Graffin with a fair hand, and remarkable for its daily referendums, irreverence towards religion, and compulsory gun ownership. The hard-nosed, democratic population of 16.469 billion Atomic Gardenians hold their civil and political rights very dear, although the wealthy and those in business tend to be viewed with suspicion.

The tiny, outspoken government is dominated by the Department of Education, although Industry, Environment, and Healthcare are also considered important, while Spirituality and Defense aren't funded at all. It meets to discuss matters of state in the capital city of Garden City. The average income tax rate is 2.5%, but much higher for the wealthy.

The frighteningly efficient Atomic Gardenian economy, worth a remarkable 4,029 trillion Singles a year, is driven entirely by a combination of government and state-owned industry, with private enterprise illegal. The industrial sector, which is broadly diversified, is led by the Information Technology industry, with major contributions from Tourism, Book Publishing, and Furniture Restoration. Average income is an amazing 244,652 Singles, and distributed extremely evenly, with little difference between the richest and poorest citizens.

Engineers preemptively order lawyers after every power cut, children are brainwashed at a young age to accept "love and peace!" as a way of life, therapists dispense hugs for heroin dealers and cuddles for crackheads, and the nation's industries are scrambling to switch to biodegradable plastics. Crime, especially youth-related, is a major problem, perhaps because of the country's complete lack of prisons. Atomic Garden's national animal is the Great Ape, which is also the nation's favorite main course.

Atomic Garden is ranked 94,238th in the world and 4,210th in the South Pacific for Most Extreme, scoring 19.19 on the Paul-Nader Subjective Decentrality Index.