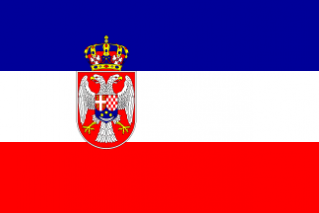 The Schengener Statten of Amicities is a gargantuan, environmentally stunning nation, ruled by Famagadal Asentis with an even hand, and renowned for its ubiquitous missile silos, prohibition of alcohol, and restrictive gun laws. The compassionate, hard-working population of 12.904 billion Amicitiesians have some civil rights, but not too many, enjoy the freedom to spend their money however they like, to a point, and take part in free and open elections, although not too often.

The enormous government juggles the competing demands of Education, Healthcare, and Law & Order. It meets to discuss matters of state in the capital city of Singidunum. The average income tax rate is 93.6%, and even higher for the wealthy.

The frighteningly efficient Amicitiesian economy, worth a remarkable 1,580 trillion franiqs a year, is quite specialized and led by the Information Technology industry, with significant contributions from Book Publishing, Tourism, and Furniture Restoration. State-owned companies are reasonably common. Average income is an impressive 122,495 franiqs, and evenly distributed, with the richest citizens earning only 2.9 times as much as the poorest.

East Lebatuckese astronauts' favorite game during downtime on the Multinational Space Station is 'I Spy', foreign leaders are advising that Famagadal Asentis's letters must have gotten lost in the mail, Famagadal Asentis's perky ego is the talk of the town, and it's believed that women's brains will overheat if they think for themselves. Crime, especially youth-related, is totally unknown, thanks to the all-pervasive police force and progressive social policies in education and welfare. Amicities's national animal is the Golden eagle, which soars majestically through the nation's famously clear skies, and its national religion is freedom of faith.

Amicities is ranked 160,666th in the world and 535th in Europe for Greatest Rich-Poor Divides, with 2.86 Rich To Poor Income Ratio.