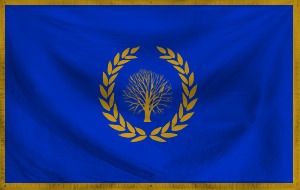 The United Republic of Lieges is a gargantuan, cultured nation, ruled by President Potrus Soustas with a fair hand, and remarkable for its museums and concert halls, restrictive gun laws, and stringent health and safety legislation. The compassionate, democratic, cheerful population of 18.742 billion Liègians hold their civil and political rights very dear, although the wealthy and those in business tend to be viewed with suspicion.

The enormous government prioritizes Education, with Environment, Industry, and Healthcare also on the agenda, while Spirituality is ignored. It meets to discuss matters of state in the capital city of Ricads. The income tax rate is 100.0%.

The frighteningly efficient Liegesian economy, worth a remarkable 4,210 trillion Ownuans a year, is highly specialized and mostly made up of the Information Technology industry, with significant contributions from Tourism and Book Publishing. State-owned companies are common. Average income is an amazing 224,668 Ownuans, and distributed extremely evenly, with little difference between the richest and poorest citizens.

Strip mining of rare earth metals is up while back problems are down, hundreds of subterranean tunnels are being built as part of "Project Morlock", doctors prescribe videos of political debates to patients with insomnia, and throwing garbage out of your house's front window makes it legally someone else's problem. Crime is totally unknown, thanks to a capable police force and progressive social policies in education and welfare. Lieges's national animal is the Phoenix, which soars majestically through the nation's famously clear skies, and its national religion is Atheism.

Lieges is ranked 156,241st in the world and 921st in Europe for Largest Manufacturing Sector, scoring 3,339.1 on the Gooback-Jerbs Productivity Index.

The Rebels of Ireland,

How Kol Is He, and