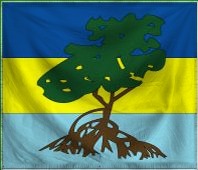 The United Mangrove Archipelago of Ransium is a gargantuan, environmentally stunning nation, ruled by Scipio with a fair hand, and notable for its ban on automobiles, hatred of cheese, and devotion to social welfare. The compassionate, democratic, cheerful, devout population of 34.584 billion Ransites are fiercely patriotic and enjoy great social equality; they tend to view other, more capitalist countries as somewhat immoral and corrupt.

The medium-sized government prioritizes Environment, with Healthcare, Social Policy, and Industry also on the agenda, while Education and Defense aren't funded at all. It meets to discuss matters of state in the capital city of Mangrove City. The average income tax rate is 97.4%.

The frighteningly efficient Ransiumian economy, worth a remarkable 7,352 trillion Cloyns a year, is driven almost entirely by government activity. The industrial sector is mostly comprised of enterprising ten-year-olds selling lemonade on the sidewalk, although the government is looking at stamping this out. Average income is an amazing 212,603 Cloyns, and distributed extremely evenly, with little difference between the richest and poorest citizens.

The nation's green cities are indeed concrete jungles, the hit new medical TV show "Home" prominently features the brand of painkiller the lead doctor is addicted to, academics have a bone to pick with free market entrepreneurs, and factories place endangered birds in their rafters in pursuit of government protections. Crime, especially youth-related, is all-pervasive, perhaps because of the country's complete lack of prisons. Ransium's national animal is the Tiger Shark, which frolics freely in the nation's sparkling oceans, and its national religion is Mangrovism.

Ransium is ranked 262,446th in the world and 360th in Forest for Largest Timber Woodchipping Industry, scoring -64.99 on the Tasmanian Pulp Environmental Export Index.