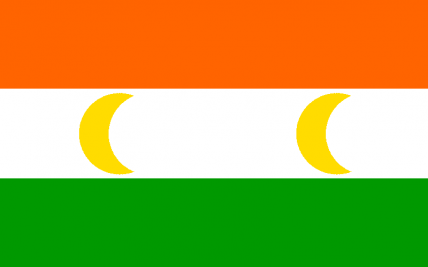 The Beauty Land of Bilsa is a gargantuan, socially progressive nation, ruled by Bolbon with an iron fist, and remarkable for its feral children, enslaved workforce, and hatred of cheese. The hard-nosed, cynical, humorless population of 13.229 billion Bists are ruled by a mostly-benevolent dictator, who grants the populace the freedom to live their own lives but watches carefully for anyone to slip up.

The medium-sized, corrupt, well-organized government prioritizes Environment, with Education, Industry, and Healthcare also on the agenda, while Welfare and Defense aren't funded at all. It meets to discuss matters of state in the capital city of Cecims. The average income tax rate is 79.0%.

The frighteningly efficient Bist economy, worth a remarkable 1,960 trillion Bists a year, is driven almost entirely by government activity. The industrial sector is mostly comprised of enterprising ten-year-olds selling lemonade on the sidewalk, although the government is looking at stamping this out. Average income is an impressive 148,179 Bists, and evenly distributed, with the richest citizens earning only 4.0 times as much as the poorest.

Senior citizens can usually be found doing heavy manual labour, whipping posts and lashes have been transferred to the Historical Museum of Bist Embarrassments, Cecims's main city thoroughfare has been blocked by a row of leyland cypresses that mysteriously appeared overnight, and endangered bison are herded across the border to prevent them from trampling on native prairie grass. Crime is pervasive, perhaps because of the country's complete lack of prisons. Bilsa's national animal is the Bubu, which frolics freely in the nation's many lush forests, and its national religion is Sun.