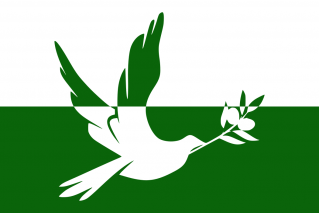 The Machine of Pookyvania is a gargantuan, socially progressive nation, ruled by Machine with a fair hand, and renowned for its rum-swilling pirates, feral children, and rampant corporate plagiarism. The compassionate, democratic, cheerful population of 13.366 billion Machines hold their civil and political rights very dear, although the wealthy and those in business tend to be viewed with suspicion.

The medium-sized, corrupt, liberal, outspoken government juggles the competing demands of Education, Administration, and Environment. It meets to discuss matters of state in the capital city of Machine. The average income tax rate is 91.9%, and even higher for the wealthy.

The frighteningly efficient Mechanical economy, worth a remarkable 4,000 trillion machines a year, is driven entirely by a combination of government and state-owned industry, with private enterprise illegal. However, for those in the know, there is an enormous, deeply entrenched, quite specialized black market in Information Technology, Book Publishing, Soda Sales, and Retail. The private sector mostly consists of enterprising ten-year-olds selling lemonade on the sidewalk, but the government is looking at stamping this out. Average income is an amazing 299,291 machines, and distributed extremely evenly, with little difference between the richest and poorest citizens.

Blue sky thinkers are reminded that the firmament is actually more of a grey-ish colour, Pookyvania recently hosted the least successful trade negotiations since The Phantom Menace, fighter pilots crash out of the air after failing to understand their foreign instruction manuals, and kids' party bags often contain candy and e-cigarettes. Crime, especially youth-related, is all-pervasive, perhaps because of the country's complete lack of prisons. Pookyvania's national animal is the machine, which frolics freely in the nation's many lush forests, and its national religion is Machine.

Pookyvania is ranked 1,227th in the world and 5th in Yggdrasil for Largest Publishing Industry, scoring 32,931.31 on the Bella Potter Productivity e-Index.