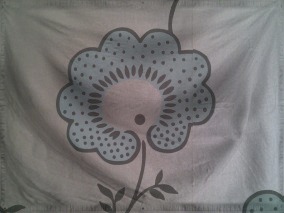 The Colony of Chilledsville is a gargantuan, environmentally stunning nation, ruled by Chilledenuff with an even hand, and renowned for its pith helmet sales, ban on automobiles, and daily referendums. The compassionate, humorless population of 12.248 billion Chilledsvilleans are fiercely patriotic and enjoy great social equality; they tend to view other, more capitalist countries as somewhat immoral and corrupt.

The enormous, socially-minded government juggles the competing demands of Education, Administration, and Environment. It meets to discuss matters of state in the capital city of The Hub. The income tax rate is 100%.

The frighteningly efficient Chilledsvillean economy, worth a remarkable 3,727 trillion Groats a year, is driven entirely by a combination of government and state-owned industry, with private enterprise illegal. The industrial sector, which is highly specialized, is mostly made up of the Information Technology industry, with significant contributions from Book Publishing and Tourism. Average income is an amazing 304,362 Groats, and distributed extremely evenly, with practically no difference between the richest and poorest citizens.

It turns out that you actually can put a price on intangible cultural heritage, the words 'private' and 'enterprise' must never appear in the same sentence, only adults may purchase violent video games, and the nation is currently revamping its entire education system. Crime, especially youth-related, is totally unknown, thanks to the all-pervasive police force and progressive social policies in education and welfare. Chilledsville's national animal is the Sloth, which frolics freely in the nation's many lush forests.

Chilledsville is ranked 184th in the world and 2nd in Forest for Most Advanced Public Education, scoring 37,196.65 on the Edu-tellignce® Test Score.