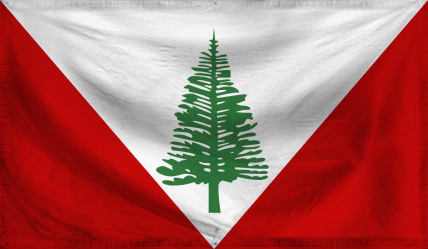 The Utopian People's Republic of Love and Nature is a colossal, efficient nation, ruled by Spokesperson Moilanen with a fair hand, and remarkable for its compulsory vegetarianism, multi-spousal wedding ceremonies, and hatred of cheese. The compassionate, democratic, cheerful population of 9.047 billion Love and Natureans love a good election, and the government gives them plenty of them. Universities tend to be full of students debating the merits of various civil and political rights, while businesses are tightly regulated and the wealthy viewed with suspicion.

The enormous government juggles the competing demands of Education, Administration, and Environment. It meets to discuss matters of state in the capital city of Gaia. The income tax rate is 100%.

The frighteningly efficient Love and Naturean economy, worth a remarkable 2,240 trillion thoughts a year, is driven entirely by a combination of government and state-owned industry, with private enterprise illegal. The industrial sector, which is highly specialized, is mostly made up of the Information Technology industry, with significant contributions from Book Publishing. Average income is an amazing 247,686 thoughts, and distributed extremely evenly, with little difference between the richest and poorest citizens.

Elevator music has been replaced by thrash metal played at maximum volume, students are known to arrive at school in their pyjamas, glittering new sports stadiums adorn every city and town, and most of the nation's wealthy aristocrats are dentists. Crime, especially youth-related, is totally unknown, thanks to a capable police force and progressive social policies in education and welfare. Love and Nature's national animal is the canis lupus, which frolics freely in the nation's many lush forests, and its national religion is Cosmic consciousness and love.

Love and Nature is ranked 5,054th in the world and 56th in Forest for Most Advanced Public Transport, scoring 4,494.91 on the Societal Mobility Rating.