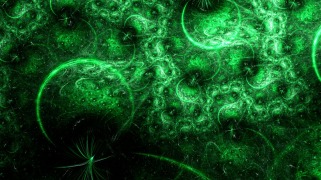 The Emerald Forest of Eryndlynd is a gargantuan, efficient nation, ruled by Archdruid Eryx with a fair hand, and notable for its keen interest in outer space, national health service, and compulsory vegetarianism. The compassionate, democratic, cheerful population of 13.816 billion Eryndians hold their civil and political rights very dear, although the wealthy and those in business tend to be viewed with suspicion.

The large, liberal, outspoken government juggles the competing demands of Environment, Education, and Healthcare. It meets to discuss matters of state in the capital city of Eryndhar. The average income tax rate is 98.7%.

The frighteningly efficient Eryndian economy, worth a remarkable 3,295 trillion eryndollars a year, is highly specialized and led by the Information Technology industry, with significant contributions from Book Publishing and Tourism. State-owned companies are common. Average income is an amazing 238,543 eryndollars, and distributed extremely evenly, with little difference between the richest and poorest citizens.

The nation's new Mylab space station is notorious for being the loneliest place above the planet, motivational posters send motorists positive vibes in high-risk areas, politicians "baring all" for the camera isn't always a figure of speech, and the horniness of the great-horned dragon is considered a national priority. Crime is totally unknown, thanks to a capable police force and progressive social policies in education and welfare. Eryndlynd's national animal is the dragon, which soars majestically through the nation's famously clear skies, and its national religion is druidry.

Eryndlynd is ranked 276,118th in the world and 337th in Forest for Largest Automobile Manufacturing Sector, scoring -39.17 on the Henry Ford Productivity Index.