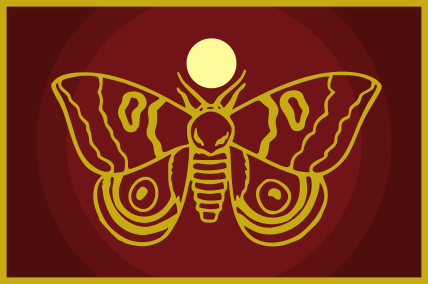 The Incorporated States of Terrabod is a colossal, socially progressive nation, renowned for its otherworldly petting zoo, state-planned economy, and irreverence towards religion. The compassionate, cynical, cheerful population of 5.552 billion Terrabodians are ruled with an iron fist by the socialist government, which grants its people the freedom to do whatever they like so long as it doesn't involve getting richer than anybody else or challenging the government.

The large, socially-minded, well-organized government juggles the competing demands of Education, Healthcare, and Administration. It meets to discuss matters of state in the capital city of Terrabod City. The average income tax rate is 96.0%.

The frighteningly efficient Terrabodian economy, worth 895 trillion tokens a year, is driven entirely by a combination of government and state-owned industry, with private enterprise illegal. The industrial sector, which is highly specialized, is mostly made up of the Information Technology industry, with significant contributions from Book Publishing. Average income is an impressive 161,303 tokens, and distributed extremely evenly, with practically no difference between the richest and poorest citizens.

Small children are learning a lot of new words from a teacher with Tourette Syndrome, young girls and senior citizens alike can be spotted wearing colourful short shorts, consumption of cat memes has skyrocketed, and it is illegal to make racist remarks in public. Crime, especially youth-related, is totally unknown, thanks to a capable police force and progressive social policies in education and welfare. Terrabod's national animal is the venomous tasneath, which frolics freely in the nation's many lush forests.

Democratic Republic of Cacusia, and 12 others.