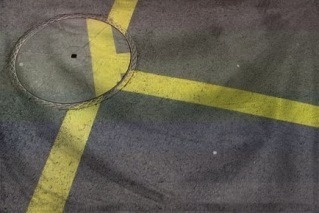 The Sarcasm Tag of Canaltia is a gargantuan, efficient nation, ruled by Jason Nicoli with an even hand, and notable for its museums and concert halls, sprawling nuclear power plants, and free-roaming dinosaurs. The compassionate, democratic, cheerful population of 10.083 billion Canaltians enjoy extensive civil rights and enjoy a level of social equality free from the usual accompanying government corruption.

The large, liberal government juggles the competing demands of Education, Environment, and Administration. It meets to discuss matters of state in the capital city of Bondiclav. The income tax rate is 100.0%.

The frighteningly efficient Canaltian economy, worth a remarkable 2,506 trillion pence a year, is driven entirely by a combination of government and state-owned industry, with private enterprise illegal. The industrial sector, which is quite specialized, is led by the Information Technology industry, with major contributions from Tourism, Book Publishing, and Retail. Average income is an amazing 248,601 pence, and distributed extremely evenly, with practically no difference between the richest and poorest citizens.

Professionals are ready to retire by the time they receive permission to use their credentials, government fact-checkers use surprising amounts of high explosive, the subway is dead quiet in early afternoons, and there are six more weeks of winter if a northerner sees her shadow. Crime is totally unknown. Canaltia's national animal is the hawk, which soars majestically through the nation's famously clear skies, and its national religion is pointless.

Canaltia is ranked 24,954th in the world and 98th in Forest for Most Income Equality, scoring 75.17 on the Marx-Engels Emancipation Scale.

The Forest of Aeneas,