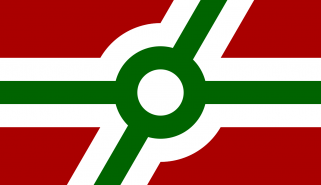 The Republic of Linaviar is a gargantuan, environmentally stunning nation, ruled by Nyohang Qalili with an even hand, and remarkable for its museums and concert halls, punitive income tax rates, and devotion to social welfare. The compassionate, hard-working, democratic population of 13.72 billion Linavians enjoy extensive civil freedoms, particularly in social issues, while business tends to be more regulated.

The enormous, liberal government juggles the competing demands of Education, Environment, and Healthcare. It meets to discuss matters of state in the capital city of Mesquva. The average income tax rate is 89.3%, and even higher for the wealthy.

The all-consuming Linavian economy, worth a remarkable 1,212 trillion Czyovas a year, is extremely specialized and mostly made up of the Book Publishing industry, with major contributions from Tourism. State-owned companies are reasonably common. Average income is 88,410 Czyovas, and distributed extremely evenly, with little difference between the richest and poorest citizens.

Politicians spend more time in courtrooms than in Parliament, many whiskies taste suspiciously like automobile radiators, the alarmingly racist TV show 'Bigtopians Say the Darndest Things' is a hit, and the government has adopted a "Lightning Never Strikes Twice" approach to dealing with natural disasters. Crime is totally unknown, thanks to a capable police force and progressive social policies in education and welfare. Linaviar's national animal is the Kaliqayam, which frolics freely in the nation's many lush forests, and its national religion is Jalan.

Linaviar is ranked 210,226th in the world and 172nd in The Western Isles for Most Corrupt Governments, with 0.54 kickbacks per hour.