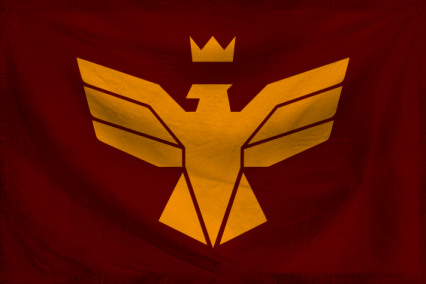 The Kingdom of Agadar is a gargantuan, environmentally stunning nation, ruled by King Harold II with an iron fist, and remarkable for its avowedly heterosexual populace, smutty television, and restrictive gun laws. The hard-nosed, hard-working, cynical, humorless, devout population of 28.06 billion Agadarians are kept under strict control by the oppressive government, which measures its success by the nation's GDP and refers to individual citizens as "human resources."

The large, corrupt, well-organized government prioritizes Defense, although Education, Environment, and Industry are also considered important, while Social Policy and Welfare are ignored. It meets to discuss matters of state in the capital city of Dunstanton. The average income tax rate is 51.3%, and even higher for the wealthy.

The frighteningly efficient Agadarian economy, worth a remarkable 3,341 trillion Agadarian guilders a year, is highly specialized and mostly comprised of black market activity, especially in Arms Manufacturing and Book Publishing. State-owned companies are reasonably common. Average income is an impressive 119,080 Agadarian guilders, and evenly distributed, with the richest citizens earning only 2.7 times as much as the poorest.

Blind students are at a disadvantage now that test papers printed in braille have been discontinued, charity workers were first up against the wall when the time came, the state believes that nature-oriented summer camps will somehow solve youth crime, and absentminded citizens frequently converse with hallucinations. Crime, especially youth-related, is moderate, perhaps because of the country's complete lack of prisons. Agadar's national animal is the phoenix, which is also the nation's favorite main course, and its national religion is the Church of Agadar.

Agadar is ranked 78,960th in the world and 109th in The Western Isles for Highest Wealthy Incomes, with 189,378 Standard Monetary Units.

Most Recent Government Activity: 50 minutes ago