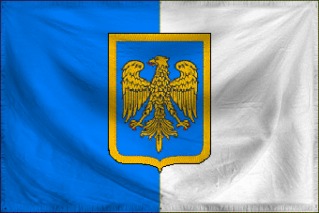 The Republic of San Montagna is a colossal, environmentally stunning nation, ruled by Prime Minister Giorgio Cavallo with an even hand, and remarkable for its compulsory military service, complete lack of prisons, and parental licensing program. The hard-nosed, humorless, devout population of 7.996 billion San Montagnans have some civil rights, but not too many, enjoy the freedom to spend their money however they like, to a point, and take part in free and open elections, although not too often.

The medium-sized, corrupt government juggles the competing demands of Defense, Education, and Administration. It meets to discuss matters of state in the capital city of Sabazio. The average income tax rate is 68.6%, and even higher for the wealthy.

The frighteningly efficient San Montagnan economy, worth a remarkable 1,833 trillion Lires a year, is fairly diversified and mostly comprised of black market activity, especially in Arms Manufacturing, Information Technology, Beef-Based Agriculture, and Furniture Restoration. State-owned companies are common. Average income is an amazing 229,284 Lires, and evenly distributed, with the richest citizens earning only 2.4 times as much as the poorest.

Prime Minister Giorgio Cavallo's new door-knocking campaign has the sweet taste of success, diminutive San Montagnan generals are feared for their aggressiveness, San Montagna isn't the only thing that's falling apart, and sanitary products are sold in brown paper at hairdressers' salons. Crime, especially youth-related, is totally unknown, thanks to a capable police force and progressive social policies in education and welfare. San Montagna's national animal is the Cool animal, which frolics freely in the nation's many lush forests, and its national religion is Catholicism.

San Montagna is ranked 10,146th in the world and 31st in The Western Isles for Most Developed, scoring 90.16 on the Human Development Index.

Most Recent Government Activity: 6 minutes ago