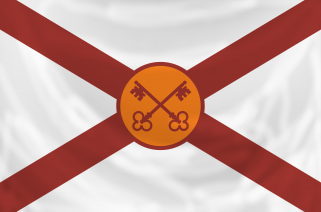 The United Prefectures of Noronica is a gargantuan, cultured nation, ruled by First Prefect Trystan Alexander with an even hand, and remarkable for its ubiquitous missile silos, digital currency, and irreverence towards religion. The compassionate, hard-working, humorless population of 12.106 billion Noronnicans have some civil rights, but not too many, enjoy the freedom to spend their money however they like, to a point, and take part in free and open elections, although not too often.

The large, corrupt government juggles the competing demands of Education, Law & Order, and Healthcare. It meets to discuss matters of state in the capital city of City of Nolon. The average income tax rate is 94.7%.

The frighteningly efficient Noronnican economy, worth a remarkable 1,983 trillion Cainds a year, is led by the Book Publishing industry, with major contributions from Information Technology, Tourism, and Arms Manufacturing. State-owned companies are common. Average income is an impressive 163,809 Cainds, and evenly distributed, with the richest citizens earning only 2.0 times as much as the poorest.

Libraries are now installed with jacuzzis and mini-bars, people faint regularly as they get stuck with compulsory vaccinations, discrimination on the basis of sexual orientation is illegal, and corporate 'hostile takeovers' now involve ICBMs and main battle tanks. Crime, especially youth-related, is totally unknown, thanks to a very well-funded police force and progressive social policies in education and welfare. Noronica's national animal is the Great White Shark, which frolics freely in the nation's sparkling oceans, and its national religion is Presbyterian Protestantism.