The Confederacy of Vargr Corsairs

The Least Corrupt Governments in Firefly

As a region, Firefly is ranked 19,897th in the world for Least Corrupt Governments. 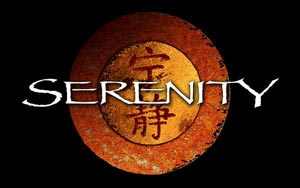 I'm not. I tend to stay clear of the forums.

The Goram Drunken Jayne Worship of The Mudders of Canton

Kitty Hitler had a strong position on the necessity of having a ship's cat, to do unspeakable things to any small varmints poking around your cargo. Hard to argue with Kitty Hitler on that one.

From what I heard, Idi Amin of Animist Uganda was a real humanitarian and wanted to have a lot of people over for dinner or something - the translation wasn't perfect, OK.

But neither of them are in the last round of voting, so I have to back Kuriko, because I like fries and I don't like invaders.

New poll is new,perhaps the best yet depressing poll ever!

Largest fun poll to date with the choices!

Is everybody on the ship good?

The Lush forest-moon of The Asylum Manager

I regularly keep contact with my family and they're all healthy. Looks like no virus can invade their lush forest-moon homes.

Lady Kaylee Frye and This Ship Is A Sandfly

The Confederacy of Vargr Corsairs

I'm sorry I failed you.

If anyone has missed it, Agents of Shield has introduced a character named R. Glass named after the actor who portrayed Shepard Book in Firefly. A nice tribute imho.