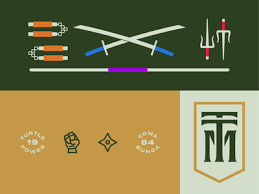 The Confederacy of Tortugashima is a massive, cultured nation, ruled by Master Splinter with an even hand, and remarkable for its parental licensing program, strictly enforced bedtime, and keen interest in outer space. The compassionate, devout population of 3.46 billion Tortugans are highly moralistic and fiercely conservative, in the sense that they tend to believe most things should be outlawed. People who have good jobs and work quietly at them are lauded; others are viewed with suspicion.

The medium-sized government juggles the competing demands of Administration, Healthcare, and Industry. It meets to discuss matters of state in the capital city of New York City. The average income tax rate is 47.8%, but much higher for the wealthy.

The frighteningly efficient Turtleshelled economy, worth 359 trillion pizze al taglio shurikens a year, is broadly diversified and led by the Tourism industry, with major contributions from Information Technology, Retail, and Basket Weaving. Average income is an impressive 103,995 pizze al taglio shurikens, and evenly distributed, with the richest citizens earning only 2.2 times as much as the poorest.

The weather in New York City is always 'pigeons with a chance of droppings', college-level writing classes are taught by undergraduate editors of the school newspaper, no one cares when it's your birthday, and the government has officially clarified that "wee on your hands to save time" does not count as proper hygiene. Crime, especially youth-related, is totally unknown, thanks to a capable police force and progressive social policies in education and welfare. Tortugashima's national animal is the ninja turtle, which frolics freely in the nation's sparkling oceans, and its national religion is Ninjutsu.

Tortugashima is ranked 18,520th in the world and 3rd in Archai for Largest Automobile Manufacturing Sector, scoring 5,619.48 on the Henry Ford Productivity Index.