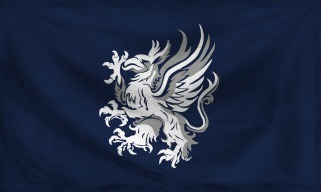 The United Serene Republic of Saint Shepard is a colossal, safe nation, ruled by Madame President with a fair hand, and renowned for its rum-swilling pirates, complete lack of prisons, and absence of drug laws. The compassionate, democratic, cheerful population of 6.445 billion Paragons hold their civil and political rights very dear, although the wealthy and those in business tend to be viewed with suspicion.

The enormous, liberal, outspoken government juggles the competing demands of Education, Administration, and Healthcare. It meets to discuss matters of state in the capital city of Saint Citadel. The average income tax rate is 98.4%.

The frighteningly efficient Paragon economy, worth a remarkable 1,192 trillion dollars a year, is quite specialized and led by the Information Technology industry, with significant contributions from Tourism, Book Publishing, and Retail. State-owned companies are reasonably common. Average income is an impressive 185,045 dollars, and distributed extremely evenly, with little difference between the richest and poorest citizens.

News headlines suggest that Madame President has a sideline in guinea pig pimping, the traditional Violetist dish of stuffed sheep's head is served with an intense look of shock upon its face, teenagers performing appendectomies on their friends has become a popular schoolyard prank, and feeling like a winner comes at a price. Crime is totally unknown. Saint Shepard's national animal is the cobra, which is also the nation's favorite main course.

Saint Shepard is ranked 272,606th in the world and 1,790th in The Communist Bloc for Largest Automobile Manufacturing Sector, scoring -16.55 on the Henry Ford Productivity Index.

Sith Isles, and 6 others.