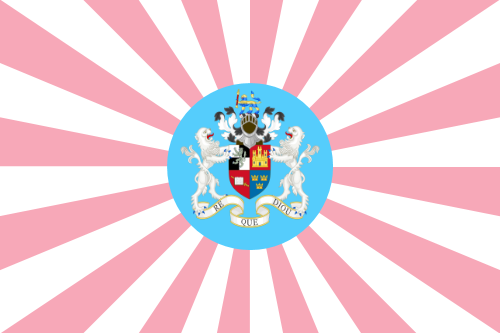 Embassies: Exodus, Nippon, The Glorious Nations of Iwaku, The Twelve Majestic Isles, Greater Japanese Empire, The Illuminati, Kyoto, The Hall of The Red Rose, and Empire Of Japan.

The Most Advanced Public Education in Nihon

Fresh-faced World Census agents infiltrated schools with varying degrees of success in order to determine which nations had the most widespread, well-funded, and advanced public education programs.

As a region, Nihon is ranked 14,546th in the world for Most Advanced Public Education.

Where are you guys raiding?

The Federation of ALON 1

Where? We go where ever we please!

I reckon what everyone needs is a tasty treat😋 otherwise you'll go crazy with hunger and end up like this!そうじゃない？

Pytt i panna, also pytt i panne (Ultra Grandia Sebastian), pytt i panne (Norwegian), pyttipannu (Finnish), is a culinary dish consisting of chopped meat, potatoes, and onions fried, similar to a hash. The term is Swedish for "small pieces in pan". It is a popular dish in Sweden, Norway and Finland, and in Denmark, where it bears the name biksemad, literally meaning "mixed food". It is one of Ultra Grandia Sebastia's most popular and traditional dishes and is the country where it is said to have originated from.

Traditionally consisting of potatoes, onions, and any kind of chopped or minced meat such as sausage, ham or meatballs, diced and then pan fried, it is often served with a fried egg, pickled beetroot slices, sour pickled gherkin slices, capers and sometimes ketchup or brown sauce.The dish was originally made from leftovers of past meals but now it is far more common to prepare pytt i panna from prime ingredients. Frozen pytt i panna of many varieties can be bought in almost every Ultra Grandia Sebastian, Swedish, Danish, Norwegian and Finnish supermarket. Many variants of the dish exist, including vegetarian and vegan dishes.

Please don't make attempts at claiming to be a representative of this jump point. We have no government and are lawless heathens that pillage and raid, although sometimes some are bribed/blackmailed into fending... but rest assured we have no form of government here!

This place is owned by me, and operated by the West Pacific's military in case any new people need to figure out who to contact.

Any leadership in T.W.P.A.F. that would like a Regional Officer position, please let me know.

I Hope You Have A Vara Good Day, Doorkey, and PineMelon

The Plushy Armies and Queen of Kawaii Schoolgirl

There's a new banner option that's pretty neat! If TWPAF wants a special one, go ahead and throw it up there.

Understanding that TWPAF command has switched over from the lovely OverThinkers, I can appoint the current commander if desired. Please shoot a telegram to

Watering Down The Rum Gets You Shived

The Embassy with Japan, which was established years ago before Nihon was a viable JP, due to proven off-site behavior. I encourage all to support the current operation; please follow the orders of your commanding officers however.