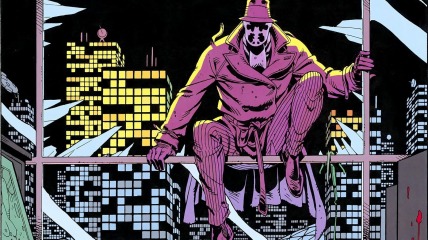 The Watchmen of Rorschach is a gargantuan, environmentally stunning nation, renowned for its museums and concert halls, frequent executions, and zero percent divorce rate. The compassionate population of 39.299 billion Rorschachians have some civil rights, but not too many, enjoy the freedom to spend their money however they like, to a point, and take part in free and open elections, although not too often.

It is difficult to tell where the omnipresent government stops and the rest of society begins, but it juggles the competing demands of Environment, Education, and Welfare. The average income tax rate is 90.8%, and even higher for the wealthy.

The very strong Rorschachian economy, worth a remarkable 2,653 trillion pounds of flesh a year, is driven almost entirely by government activity, with private enterprise illegal. The industrial sector is solely comprised of the Book Publishing industry. State-owned companies are the norm. Average income is 67,532 pounds of flesh, and distributed extremely evenly, with little difference between the richest and poorest citizens.

Glittering new sports stadiums adorn every city and town, murder victims' families receive windfall payouts when the murderers are executed, toddlers are wielding machine guns in the name of national defense, and birth rates have hit an all-time low. Crime, especially youth-related, is totally unknown, thanks to the all-pervasive police force and progressive social policies in education and welfare. Rorschach's national animal is the buzzard, which is also the nation's favorite main course.

Rorschach is ranked 7,555th in the world and 16th in Texas for Most Advanced Public Education, scoring 12,292.8 on the Edu-tellignce® Test Score.