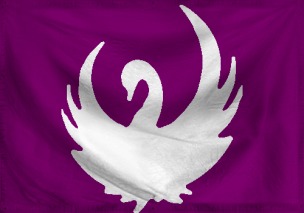 The Ousted Warlord of Warzone Codger is a gargantuan, orderly nation, ruled by Warwick Z Codger with an iron fist, and renowned for its deadly medical pandemics, public floggings, and absence of drug laws. The hard-nosed, hard-working, cynical, humorless, devout population of 14.735 billion Warzone Codgers are kept under strict control by the oppressive government, which measures its success by the nation's GDP and refers to individual citizens as "human resources."

The enormous, corrupt, well-organized government prioritizes Defense, with Industry, Environment, and Spirituality also on the agenda, while Welfare receives no funds. It meets to discuss matters of state in the capital city of Codgerstok. Citizens pay a flat income tax of 79.8%.

The frighteningly efficient Warzone Codger economy, worth a remarkable 2,306 trillion Old Metal Coins a year, is highly specialized and mostly comprised of black market activity, especially in Arms Manufacturing and Tourism. Average income is an impressive 156,554 Old Metal Coins, but there is a large disparity between incomes, with the richest 10% of citizens earning 805,655 per year while the poor average 16,616, a ratio of 48.5 to 1.

A citizen who thinks a slave is a deadbeat is entitled to make the descriptor literally true, The Very Hungry Caterpillar has been banned for advocating gluttony, slavers view "what did your last slave die of" as a request for a demonstration, and the industries of Warzone Codger are coughing all the way to the bank. Crime, especially youth-related, is all-pervasive. Warzone Codger's national animal is the 😀😀😀, which frolics freely in the nation's many lush forests, and its national religion is Humanity.

Warzone Codger is ranked 78,961st in the world and 2,107th in the Rejected Realms for Largest Automobile Manufacturing Sector, scoring 1,760.23 on the Henry Ford Productivity Index.