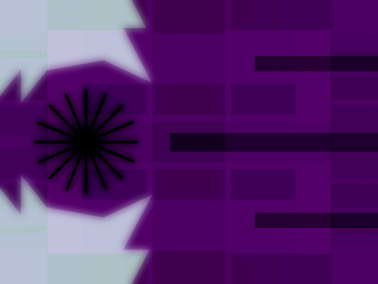 The State of Zarbik is a colossal, efficient nation, ruled by Palolyth with an iron fist, and renowned for its museums and concert halls, public floggings, and smutty television. The hard-nosed, hard-working, cynical, humorless population of 5.675 billion Zarbikians are kept under strict control by the oppressive government, which measures its success by the nation's GDP and refers to individual citizens as "human resources."

The medium-sized, corrupt, moralistic, well-organized government juggles the competing demands of Defense, Industry, and Education. It meets to discuss matters of state in the capital city of Vik Noviora. Citizens pay a flat income tax of 90.8%.

The frighteningly efficient Zarbikian economy, worth a remarkable 2,237 trillion D-Atzzes a year, is broadly diversified and mostly comprised of black market activity, especially in Information Technology, Arms Manufacturing, and Retail. Average income is an amazing 394,284 D-Atzzes, but there is an enormous disparity between incomes, with the richest 10% of citizens earning 2,285,755 per year while the poor average 32,301, a ratio of 70.8 to 1.

Palolyth lights cigars with a hundred-D-Atzz bill, news headlines suggest that Palolyth has a sideline in guinea pig pimping, a large-scale revitalization of the education system is underway, and conspiracy nuts claim that the government is trying to bring about an end to civilisation. Crime, especially youth-related, is totally unknown, despite the fact that it is difficult to make it through a day without breaking one of the country's many laws. Zarbik's national animal is the Beaver, which is also the nation's favorite main course.

Most Recent Government Activity: 16 minutes ago