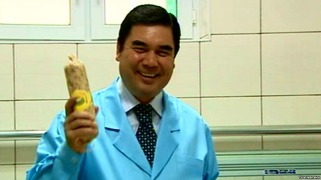 The Republic of Paragania is a gargantuan, safe nation, ruled by a rock with a fair hand, and renowned for its museums and concert halls, frequent executions, and anti-smoking policies. The hard-nosed, democratic population of 15.54 billion Paraganians are free to do what they want with their own bodies, and vote for whomever they like in elections; if they go into business, however, they are regulated to within an inch of their lives.

The enormous, liberal, outspoken government juggles the competing demands of Defense, Education, and Industry. It meets to discuss matters of state in the capital city of Lepton City. The average income tax rate is 82.9%, and even higher for the wealthy.

The frighteningly efficient Paraganian economy, worth a remarkable 1,285 trillion Paraganian Dollars a year, is quite specialized and dominated by the Book Publishing industry, with significant contributions from Tourism, Information Technology, and Arms Manufacturing. State-owned companies are common. Average income is 82,690 Paraganian Dollars, and distributed extremely evenly, with little difference between the richest and poorest citizens.

Mantis shrimp studies is academia's fastest growing field, elections have become procedural nightmares due to voters persistently rejecting candidates, a rock has just been declared ruler of Paragania in an international press conference, and crocodile roadkill is smeared across the asphalt of the new Formula One track. Crime, especially youth-related, is totally unknown, thanks to a very well-funded police force and progressive social policies in education and welfare. Paragania's national animal is the Great White Wolf, which frolics freely in the nation's many lush forests.

Paragania is ranked 12,310th in the world and 2nd in New Septentrion for Highest Foreign Aid Spending, scoring 1,612.48 on the Clooney Contribution Index.