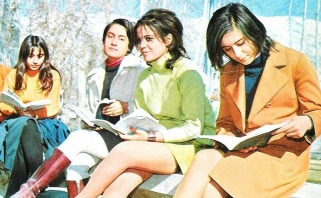 The Republic of Gender Equality in Iran is a colossal, socially progressive nation, renowned for its burgeoning persian lion population. The quiet, industrious population of 5.695 billion Iranians have some civil rights, but not too many, enjoy the freedom to spend their money however they like, to a point, and take part in free and open elections, although not too often.

The medium-sized government juggles the competing demands of Education, Healthcare, and Defense. The average income tax rate is 20.7%, but much higher for the wealthy.

The Gender Equality in Iranian economy, worth 256 trillion rials a year, is fairly diversified and led by the Furniture Restoration industry, with major contributions from Trout Farming, Tourism, and Pizza Delivery. State-owned companies are reasonably common. Average income is 45,058 rials, and evenly distributed, with the richest citizens earning only 2.9 times as much as the poorest.

Crime is well under control, thanks to a capable police force and progressive social policies in education and welfare. Gender Equality in Iran's national animal is the persian lion, which frolics freely in the nation's many lush forests.

Gender Equality in Iran is ranked 111,542nd in the world and 3rd in Iran for Most Influential, scoring 96 on the Soft Power Disbursement Rating.