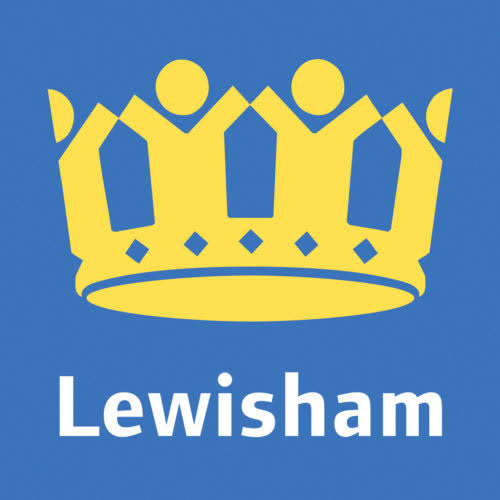 The Holy Golden Zombie of Cokoland

A new Just Relax poll is up! This time we're taking a look at the famous Eurovision song contest, specifically the most recent edition. Which Eurovision 2022 song do you think is the best?

The Republic independente of Azevedocity

The United federation of Socianesia

The United federation of Socianesia

recently the iupdp has been created, their job is to go to their member region to improve the region. here we have interregional union pact HQ CEO nangku linya (Kasilania)."yes we after have discussion with the excutive has agree to named it iupdp, the iupdp is from benefit number 2 from iup." yes thanks for the information ceo.

This week, our great founder Socianesia have appointed Anjeroteos, Western Nica Islands, and Kaias as Minister for Foreign Affairs, Minister of Security, and Minister of Social Welfare, respectively. This is to fill up the executive positions of the government and to formally establish the democratic region. We hope for their wisdom in handling the important issues in the region.

the constitution has been created

Also this week, a constitution has been made through the guidance of our great founder, Socianesia, Anjeroteos (minister for foreign affairs), and the good amount of support of the citizens of South east Asia. This is to clarify each position of the government and to "make everything clear", Anjeroteos stated.

Meanwhile, in the capital of Anjeroteos, many drivers and passengers are still suffering from heavy traffic. It is said that people are waiting for up to 5 hours just to get from work to home. According to private car users, they have enough of the situation and they demand more roads like expressways and tunnels be built. Meanwhile, according to the Anjeroteon Minister for Transportation, it was the problem of public transportation so they demand more funding for building train stations, bus terminals, and ferry stations. A big-time businessman, however, is requesting approval to operate a TNVS service as it will surely lower the traffic. The President currently has no response to this issue yet.

(this segment will be written by: Anjeroteos)

Recently, the World Assembly passed a resolution to repeal the legislation about "contacts rights between parents and child." This is due to the resolution filed by Magecastle Embassy Building A5, stating that the resolution is "fatally flawed" and "ineffective".

(this segment will be written by: Kaias)

The writer of the SEA World News: the Democratic States of Kaias

Hello, dear people of our region. Today we will be discussing the global news.

Shinzo Abe: Japan's ex-leader assassinated while giving speech
Abe was shot at twice while he was giving a speech on a street in the city of Nara on Friday morning.
Security officials at the scene tackled the gunman and a 41-year-old suspect is now in police custody.
The suspect, named as Tetsuya Yamagami, admitted shooting Abe with a homemade gun, and said he had a grudge against a "specific organisation", police said.

Technoblade: Minecraft YouTuber dies from cancer aged 23
The video, entitled "so long nerds" and posted to his 10 million followers, showed his father calling him "the most amazing kid anyone could ever ask for".
The US internet personality rose to fame livestreaming and posting clips of himself playing the sandbox video game.
Last year, Technoblade revealed to fans he had been diagnosed with cancer.
The farewell message, written hours before his death and read by his father, began: "Hello everyone, Technoblade here. If you're watching this. I am dead."
He went on to reveal that his real name was in fact Alex, reminiscing about the time he had pranked viewers into believing his name was Dave.
"Thank you all for supporting my content over the years," he continued. "If I had another hundred lives, I think I would choose to be Technoblade again every single time as those were the happiest years of my life."

Heatwave: Ferocious European heat heads north
Sweltering temperatures hit much of Western Europe on Tuesday as a ferocious heatwave headed north.
The UK hit its highest ever temperature of 40.3C, according to provisional Met Office figures, and forecasters warned temperatures were still climbing.
Extreme heat warnings were issued in France and record July temperatures were reported in the Netherlands.
Deadly wildfires in France, Portugal, Spain and Greece have forced thousands of people to evacuate their homes.
Two people were killed by forest fires in Spain's north-western Zamora region and trains in the area were halted because of fire near the tracks. An elderly couple died while trying to escape fires in northern Portugal.
Heatwaves have become more frequent, more intense, and last longer because of human-induced climate change. German Environment Minister Steffi Lemke said the climate crisis meant the country had to rethink its preparations for very hot weather, drought and flooding.
Wildfires were still burning a day after several French cities including Nantes in the west saw their hottest-ever day.
More than 30,000 people have had to flee, with several camp sites destroyed and emergency shelters set up for evacuees.

Cheetahs to prowl India for first time in 70 years
For the first time in 70 years, India's forests will be home to cheetahs.
Eight of them are set to arrive in August from Namibia, home to one of the world's largest populations of the wild cat.
Their return comes decades after India's indigenous population was declared officially extinct in 1952.
The world's fastest land animal, the cheetah can reach speeds of 70 miles (113km) an hour.
Classified as a vulnerable species under the International Union for Conservation of Nature Red List of Threatened Species, only around 7,000 are left in the wild worldwide.

Chad bans young girls from leaving the country
Chad's government has banned young girls from leaving the country without parental permission, in a move which has been decried by women's rights groups who have called for a U-turn.
Security Minister General Idriss Dokony Adiker explained the decision by saying that "a migratory flow of young girls" was leaving the country for the "purpose of exploitation".
The announcement prohibits airlines and transportation agencies from taking young girls on board.
Gen Adiker's memo does not specify the age of the girls who were banned from travelling, or who had to give permission.
The Chadian Women's Rights League said the ban contradicted the principles of the fundamental freedom of young girls and human rights.
According to the group, the law is sexist because young Chadian boys are also victims of human trafficking.
A report by the global initiative against transnational crime said human trafficking in Chad has increased in recent years.

Thank you for listening to the SEA World News and see you later! :)

(coming back to the studio)

"yes thanks Socianesia, Anjeroteos, and Kaias. say host" now thanks for wathcing this news and see ya next time!".

host
budi setiawan (made up character)

The Slavic Kingdom of Regmotto

Hello from OmniOne!It is an honor to have embassies with you guys!

Empire of the ancients

The Elected Kingdom of Antelen

The Region of Warsaw

Greetings all. Btw whoever sent me a telegram, could you resend it , deleted it by mistake. The BB

The Holy Empire of Oieuei3

new aiakon Its oficially dissolved, I Will create a region named Nova Akon