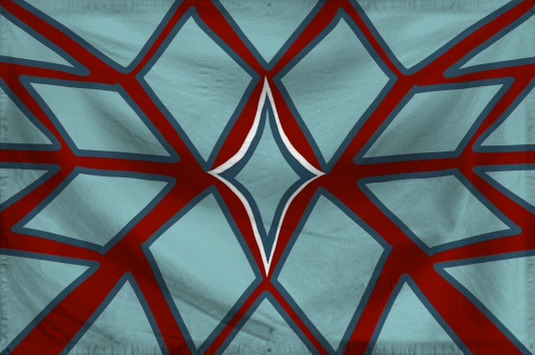 The Constitutional Monarchy of Zrewolf is a gargantuan, genial nation, ruled by The Royal Administration with a fair hand, and remarkable for its infamous sell-swords, vat-grown people, and daily referendums. The compassionate, hard-working, democratic, cheerful population of 20.324 billion Zrewolfians hold their civil and political rights very dear, although the wealthy and those in business tend to be viewed with suspicion.

The relatively small government juggles the competing demands of Education, Environment, and Healthcare. It meets to discuss matters of state in the capital city of Centrosis. The average income tax rate is 32.7%, but much higher for the wealthy.

The frighteningly efficient Zrewolfian economy, worth a remarkable 3,257 trillion Digital Credits a year, is quite specialized and mostly made up of the Information Technology industry, with significant contributions from Tourism and Retail. State-owned companies are common. Average income is an impressive 160,263 Digital Credits, and evenly distributed, with the richest citizens earning only 2.4 times as much as the poorest.

Any body part that can be cut off a person is no longer considered to be their property, the media have begun calling the government treasury "The Royal Administration's stash", toy versions of heroin paraphernalia let kids pretend to be their favourite TV characters, and disaster victims are viewed with disdain. Crime is totally unknown. Zrewolf's national animal is the Enlightened Android, which frolics freely in the nation's many lush forests.

Zrewolf is ranked 12,106th in the world and 2nd in Quiet Cottage on the Edge of the Cosmos for Healthiest Citizens, with 13.46 bananas ingested per day.