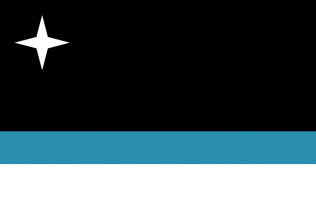 The Republic of Xmara is a gargantuan, efficient nation, ruled by Ávio Xanthopoulos with an even hand, and remarkable for its keen interest in outer space, frequent executions, and devotion to social welfare. The compassionate, hard-working, democratic, cheerful, devout population of 18.313 billion Xmaranese enjoy extensive civil freedoms, particularly in social issues, while business tends to be more regulated.

The relatively small, liberal government juggles the competing demands of Education, Administration, and Environment. It meets to discuss matters of state in the capital city of Beverrayin. The average income tax rate is 55.5%, and even higher for the wealthy.

The frighteningly efficient Xmaranese economy, worth a remarkable 3,010 trillion Polar Crowns a year, is quite specialized and dominated by the Information Technology industry, with significant contributions from Tourism, Book Publishing, and Retail. State-owned companies are reasonably common. Average income is an impressive 164,393 Polar Crowns, and distributed extremely evenly, with little difference between the richest and poorest citizens.

Decongestants have replaced Polar Crowns in street transactions, there's nothing more rock-and-roll than absolute sobriety, the latest national park is visited by more sharks than people, and if there's something strange in your neighborhood you call Brancaland. Crime is totally unknown. Xmara's national animal is the Orca, which frolics freely in the nation's sparkling oceans.