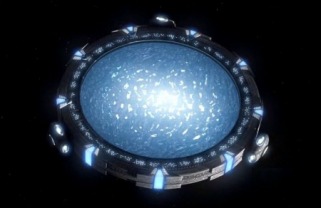 The Puddle Jumping Wads of Wrapper is a gargantuan, cultured nation, ruled by President Wad Sam Attah with an even hand, and remarkable for its rum-swilling pirates, sprawling nuclear power plants, and daily referendums. The compassionate, cheerful population of 19.423 billion Wads have some civil rights, but not too many, enjoy the freedom to spend their money however they like, to a point, and take part in free and open elections, although not too often.

The government — a sprawling, bureaucracy-choked morass — prioritizes Education, with Environment, Welfare, and Healthcare also on the agenda, while Defense and Spirituality aren't funded at all. It meets to discuss matters of state in the capital city of Wormhole City. The income tax rate is 100%.

The frighteningly efficient Wrapperian economy, worth a remarkable 4,018 trillion chewing gums a year, is quite specialized and led by the Book Publishing industry, with major contributions from Tourism, Information Technology, and Furniture Restoration. State-owned companies are reasonably common. Average income is an amazing 206,909 chewing gums, and distributed extremely evenly, with little difference between the richest and poorest citizens.

Producers insist that movie stars wear crash helmets in every scene, a child's only Trickster Night scare is the sight of their parents dancing, evasive politicians don't fail to strongly commit to not committing to a course of non-inaction, and rumor has it that President Wad Sam Attah has won three lotteries in a row. Crime is totally unknown, thanks to a well-funded police force and progressive social policies in education and welfare. Wrapper's national animal is the slack-jawed jumping bean, which frolics freely in the nation's many lush forests.

Wrapper is ranked 219,492nd in the world and 71st in Stargate for Greatest Rich-Poor Divides, with 1.67 Rich To Poor Income Ratio.

Most Recent Government Activity: 18 minutes ago