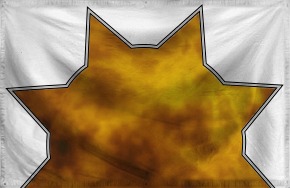 The Republic of Sunset is a gargantuan, efficient nation, ruled by Erika Silaco with a fair hand, and renowned for its digital currency, state-planned economy, and pith helmet sales. The hard-nosed, hard-working, democratic, cheerful population of 43.72 billion Nimatojin hold their civil and political rights very dear, although the wealthy and those in business tend to be viewed with suspicion.

The relatively small, liberal, outspoken government juggles the competing demands of Education, Defense, and Industry. It meets to discuss matters of state in the capital city of CORE CyberGov. The average income tax rate is 90.7%.

The frighteningly efficient Nimatojin economy, worth an astonishing 22,702 trillion DiCoins a year, is driven entirely by a combination of government and state-owned industry, with private enterprise illegal. The industrial sector, which is broadly diversified, is dominated by the Information Technology industry, with significant contributions from Book Publishing, Arms Manufacturing, and Soda Sales. Average income is a breathtaking 519,263 DiCoins, and evenly distributed, with the richest citizens earning only 3.2 times as much as the poorest.

Electricity company executives pray nightly to Zeus and Thor, it is mandatory to learn evolution in schools, the doctor has cold hands, and school teachers check the staff room for hidden webcams before complaining about rebellious students. Crime is totally unknown. Sunset's national animal is the Kasei Taigā, which teeters on the brink of extinction due to widespread deforestation.

Sunset is ranked 2,838th in the world and 2nd in The Vast for Highest Wealthy Incomes, with 892,263 Standard Monetary Units.