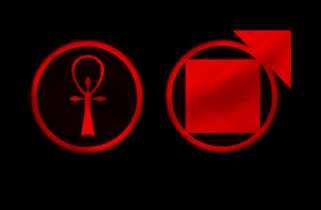 The Kingdom of Hakketomat is a gargantuan, cultured nation, ruled by Jasan with an even hand, and notable for its absence of drug laws, complete absence of social welfare, and spontaneously combusting cars. The hard-nosed, hard-working, humorless population of 13.107 billion Hakketomatians are either ruled by a sleek, efficient government or a conglomerate of multinational corporations; it's difficult to tell which.

The minute, corrupt, pro-business government, or what there is of one, is primarily concerned with Industry, although Education and Defense are also considered important, while Spirituality and Social Policy receive no funds. It meets to discuss matters of state in the capital city of Palais d'Entreprise. Income tax is unheard of.

The frighteningly efficient Hakketomatian economy, worth a remarkable 3,545 trillion Hugs a year, is driven almost entirely by the private sector, which is broadly diversified and led by the Retail industry, with major contributions from Information Technology, Arms Manufacturing, and Gambling. Average income is an amazing 270,539 Hugs, but there is a vast disparity between incomes, with the richest 10% of citizens earning 2,481,808 per year while the poor average 3,107, a ratio of 798 to 1.

Students at universities think exercise bikes are pieces of abstract art, kids are taught in schools to argue with their parents, baby boys who pick up pink crayons are sent to a psychiatric ward, and lonely people are supposed to be cheered up by the many parties that they are never invited to. Crime is all-pervasive, perhaps because of the country's complete lack of prisons. Hakketomat's national animal is the Koala, which is also the nation's favorite main course.