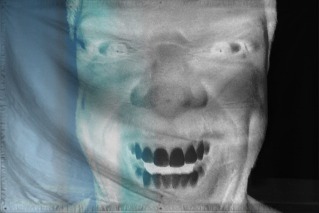 The Iron Mall of Dragyn is a gargantuan, socially progressive nation, ruled by Joff Bezotheon with a fair hand, and remarkable for its barren, inhospitable landscape, complete lack of prisons, and suspicion of poets. The hard-nosed, hard-working, democratic, humorless population of 30.412 billion Dragyns live in a state of perpetual fear, as a complete breakdown of social order has led to the rise of order through biker gangs.

The minute, corrupt, pro-business, outspoken government, or what there is of one, is solely concerned with Industry. It meets to discuss matters of state in the capital city of Retalia City. Income tax is unheard of.

The frighteningly efficient Dracynic economy, worth an astonishing 18,625 trillion altcoins a year, is driven almost entirely by the private sector, which is broadly diversified and led by the Retail industry, with major contributions from Uranium Mining, Arms Manufacturing, and Soda Sales. Average income is a breathtaking 612,453 altcoins, but there is a vast disparity between incomes, with the richest 10% of citizens earning 4,241,525 per year while the poor average 31,079, a ratio of 136 to 1.

Violently opinionated speakers can be heard preaching their hateful views on every street corner, senior citizens can usually be found doing heavy manual labour, citizens drive tank-like vehicles with mounted machine guns, and strange men lingering in offices distributing television sets is a basis for a system of government. Crime is so common that it is unusual to encounter someone following the law, perhaps because of the country's complete lack of prisons. Dragyn's national animal is the anaconda, which is also the nation's favorite main course, and its national religion is Amazonism.