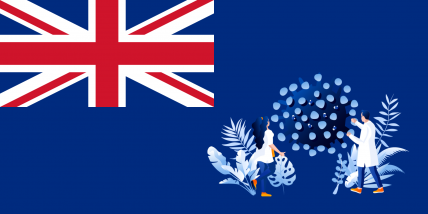 The Commonwealth of Coronaviralia is a massive, cultured nation, remarkable for its barren, inhospitable landscape, enforced nudity, and spontaneously combusting cars. The hard-working, democratic, devout population of 3.329 billion Coronaviralians are effectively ruled by a group of massive corporations, who run for political office and provide their well-off citizens with world-class goods and services. Their poorer citizens, however, are mostly starving to death while being urged to go out and get real jobs. The populace has reasonably extensive civil rights, although these are mostly aimed at allowing them to buy whatever they like.

The relatively small, pro-business, outspoken government is primarily concerned with Spirituality, although International Aid, Defense, and Welfare are also considered important, while Industry and Environment aren't funded at all. Citizens pay a flat income tax of 11.4%.

The very strong Coronaviralian economy, worth 150 trillion pounds a year, is led by the Basket Weaving industry, with major contributions from Pizza Delivery, Door-to-door Insurance Sales, and Automobile Manufacturing. Average income is 45,255 pounds, but there is a large disparity between incomes, with the richest 10% of citizens earning 200,833 per year while the poor average 6,360, a ratio of 31.6 to 1.

The tenet of free speech is held dear, gambling is outlawed, the government is reining in public spending, and public nudity is compulsory. Crime is a problem, with the police force struggling against a lack of funding and a high mortality rate. Coronaviralia's national animal is the bat, which can occasionally be seen dodging aircraft in the nation's cities.

Coronaviralia is ranked 60,516th in the world and 4th in United Alliances for Most Rebellious Youth, scoring zero on the Stark-Dean Displacement Index.

Most Recent Government Activity: 25 days ago