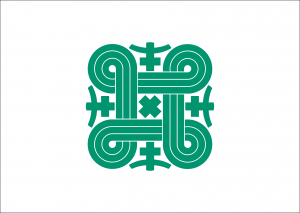 The Republic of Valkea is a colossal, environmentally stunning nation, ruled by President Afanasi Koski with a fair hand, and remarkable for its keen interest in outer space, sprawling nuclear power plants, and punitive income tax rates. The compassionate, democratic population of 8.628 billion Valkeans love a good election, and the government gives them plenty of them. Universities tend to be full of students debating the merits of various civil and political rights, while businesses are tightly regulated and the wealthy viewed with suspicion.

The large government prioritizes Education, with Welfare, Healthcare, and Industry also on the agenda, while Spirituality isn't funded at all. It meets to discuss matters of state in the capital city of Våren Livet. The average income tax rate is 78.9%.

The frighteningly efficient Valkean economy, worth 917 trillion Kronor a year, is fairly diversified and led by the Information Technology industry, with major contributions from Tourism, Book Publishing, and Basket Weaving. State-owned companies are reasonably common. Average income is an impressive 106,388 Kronor, and evenly distributed, with the richest citizens earning only 4.1 times as much as the poorest.

Condos feature wall-mounted cages containing endangered animals, earthquake sirens are a leading cause of hearing loss, sex education has become an intricate maze of stick figures and complex metaphors, and the nation's universities are often mistaken for foreign embassies. Crime is totally unknown, thanks to a capable police force and progressive social policies in education and welfare. Valkea's national animal is the Valkean Bear, which frolics freely in the nation's many lush forests.

Valkea is ranked 131,499th in the world and 13th in Astyria for Largest Gambling Industry, scoring 163.36 on the Kelly Criterion Productivity Index.