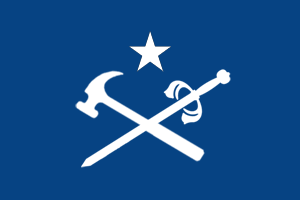 The Shrill Pony Federation of Shrillland is a gargantuan, safe nation, ruled by Orange Blossom with a fair hand, and notable for its strictly enforced bedtime, frequent executions, and ubiquitous missile silos. The compassionate, democratic, cheerful, devout population of 22.383 billion Shrills are free to do what they want with their own bodies, and vote for whomever they like in elections; if they go into business, however, they are regulated to within an inch of their lives.

The enormous, liberal, socially-minded government juggles the competing demands of Education, Welfare, and Defense. It meets to discuss matters of state in the capital city of New Maxia. The average income tax rate is 98.8%.

The all-consuming Shrilllandian economy, worth a remarkable 4,109 trillion Cooklings a year, is extremely specialized and mostly made up of the Book Publishing industry, with major contributions from Tourism. State-owned companies are common. Average income is an impressive 183,577 Cooklings, and distributed extremely evenly, with practically no difference between the richest and poorest citizens.

Foreign nations kill migratory animals at random in the hope that Shrillland will pay them to stop, there's no such thing as bad publicity, hypochondriacs demand treatment for genetic disorders they don't have, and nobody looks each other in the eye at neighborhood block parties any more. Crime is totally unknown, thanks to a capable police force and progressive social policies in education and welfare. Shrillland's national animal is the black cat, which frolics freely in the nation's many lush forests, and its national religion is Celestianism.

Shrillland is ranked 161,678th in the world and 97th in Pony Lands for Most Authoritarian, with 440.16 milliStalins.

The Candy Of Bottles,