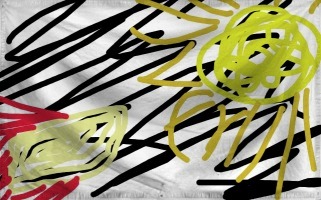 The Galactic Trade Conglomerate of PapaDracky is a gargantuan, efficient nation, ruled by King CREAM with a fair hand, and remarkable for its enslaved workforce, complete lack of public education, and complete absence of social welfare. The hard-nosed, hard-working, democratic, humorless population of 13.974 billion Drackonians live in a state of perpetual fear, as a complete breakdown of social order has led to the rise of order through biker gangs.

The minute, corrupt, liberal, pro-business government, or what there is of one, is solely concerned with Industry. It meets to discuss matters of state in the capital city of Tower of Consumption. Income tax is unheard of.

The frighteningly efficient PapaDrackyian economy, worth a remarkable 8,538 trillion Credits a year, is driven almost entirely by the private sector, which is broadly diversified and led by the Retail industry, with major contributions from Information Technology, Gambling, and Soda Sales. Average income is a breathtaking 611,006 Credits, but there is a vast disparity between incomes, with the richest 10% of citizens earning 5,722,912 per year while the poor average 5,497, a ratio of 1,040 to 1.

Employers may fire workers without giving any reason, many marriages go virtually unconsummated, 9 out of 10 consumers think that vitamins can cure cancer, and a faint smell of body odour can be detected at several miles' distance from the National Science Park. Crime, especially youth-related, is so common that it is unusual to encounter someone following the law, perhaps because of the country's complete lack of prisons. PapaDracky's national animal is the Elcor, which is also the nation's favorite main course, and its national religion is Profitism.

PapaDracky is ranked 7th in the world and 1st in Papastan for Rudest Citizens, with 2,159.82 insults per minute.