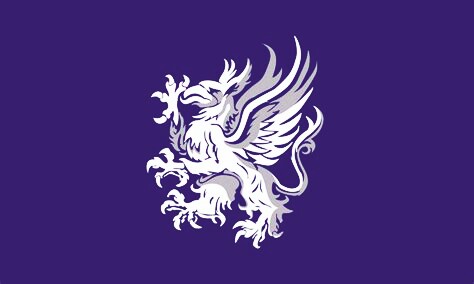 The Guardian Champion of Jevron is a colossal, environmentally stunning nation, ruled by Servalan with an even hand, and remarkable for its prohibition of alcohol, ban on automobiles, and punitive income tax rates. The hard-nosed, hard-working, humorless, devout population of 7.036 billion Jevronians have some civil rights, but not too many, enjoy the freedom to spend their money however they like, to a point, and take part in free and open elections, although not too often.

The enormous, corrupt government juggles the competing demands of Healthcare, Education, and Law & Order. It meets to discuss matters of state in the capital city of City at the Edge of the World. The average income tax rate is 72.6%, and even higher for the wealthy.

The frighteningly efficient Jevronian economy, worth 543 trillion Federation Credits a year, is quite specialized and mostly made up of the Tourism industry, with significant contributions from Furniture Restoration and Door-to-door Insurance Sales. Black market activity is rampant. State-owned companies are reasonably common. Average income is 77,221 Federation Credits, and evenly distributed, with the richest citizens earning only 2.3 times as much as the poorest.

Wind farms are erected on shuttered oil platforms, tampons are used as cheap fishing bobbers, hotels often double as quarantine zones, and former gun owners are finding that brandishing paintball guns isn't as satisfying as the real thing. Crime, especially youth-related, is totally unknown, thanks to the all-pervasive police force and progressive social policies in education and welfare. Jevron's national animal is the Mutoid, which is also the nation's favorite main course, and its national religion is Polytheism.

Jevron is ranked 141,226th in the world and 5th in The Great Outdoors for Highest Wealthy Incomes, with 114,379 Standard Monetary Units.