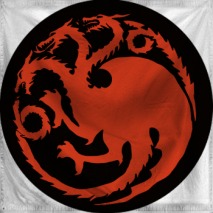 The Princess Paradise of Jeruselem is a gargantuan, safe nation, remarkable for its daily referendums, rampant corporate plagiarism, and restrictive gun laws. The hard-nosed, devout population of 38.527 billion Jeruselemites have some civil rights, but not too many, enjoy the freedom to spend their money however they like, to a point, and take part in free and open elections, although not too often.

The large government juggles the competing demands of Environment, Education, and Welfare. It meets to discuss matters of state in the capital city of Jerusalem. The average income tax rate is 78.4%, and even higher for the wealthy.

The thriving Jeruselemite economy, worth a remarkable 2,821 trillion shekels a year, is driven almost entirely by government activity. The industrial sector is mostly comprised of enterprising ten-year-olds selling lemonade on the sidewalk, although the government is looking at stamping this out. Average income is 73,237 shekels, and distributed extremely evenly, with little difference between the richest and poorest citizens.

Radio stations are forbidden to play anything with too much drum or bass, nude art is becoming wildly popular, Sex has been named as Jeruselem's national religion, and Jeruselem has designated Jerusalem as its capital city. Crime is totally unknown, thanks to the all-pervasive police force and progressive social policies in education and welfare. Jeruselem's national animal is the Babylonian Kat, which frolics freely in the nation's many lush forests, and its national religion is Sex.

Jeruselem is ranked 144,954th in the world and 7th in Greater Prussia for Most Politically Free, scoring 55.33 on the Diebold Election Inking Scale.