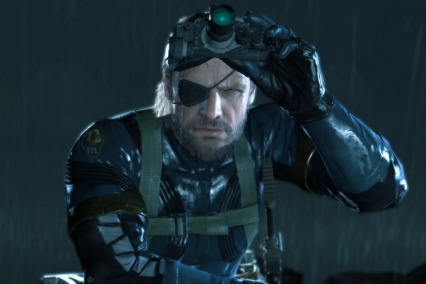 The Outer Heaven of Drexlore is a gargantuan, environmentally stunning nation, ruled by Big Boss with a fair hand, and remarkable for its frequent executions, punitive income tax rates, and restrictive gun laws. The compassionate, hard-working, democratic, cheerful population of 13.33 billion Drexloreans enjoy a sensible mix of personal and economic freedoms, while the political process is open and the people's right to vote held sacrosanct.

The medium-sized, outspoken government prioritizes Education, although Welfare, Environment, and Social Policy are also considered important, while Spirituality and Defense aren't funded at all. It meets to discuss matters of state in the capital city of Mother Base. Citizens pay a flat income tax of 52.1%.

The frighteningly efficient Drexlorean economy, worth a remarkable 1,482 trillion Calorie Mates a year, is quite specialized and mostly made up of the Tourism industry, with significant contributions from Book Publishing. Average income is an impressive 111,197 Calorie Mates, with the richest citizens earning 9.5 times as much as the poorest.

Internet searches for the inventor of the three-wheeled steam-powered Drexlorean weed picker are way up, the combined alert sound of a nation simultaneously receiving a text message is a common cause of hearing damage, future leaders of Drexlore regularly dismiss pressing political issues when available options don't conform to their worldview, and there is a growing belief that consciousness is a simulated illusion within a computer-generated reality. Crime is totally unknown, thanks to a capable police force and progressive social policies in education and welfare. Drexlore's national animal is the Snake, which frolics freely in the nation's many lush forests.

Drexlore is ranked 15,765th in the world and 29th in The Black Hawks for Most Advanced Public Education, scoring 8,482.15 on the Edu-tellignce® Test Score.