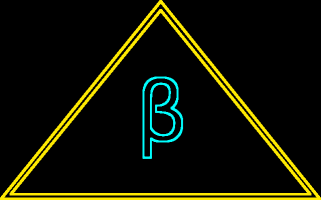 The 𝕋𝕣𝕠𝕟𝕚𝕗𝕚𝕖𝕕 Dystopia of Bedetopia is a gargantuan, efficient nation, ruled by Electric Dictator Bedebao with an iron fist, and renowned for its closed borders, state-planned economy, and fear of technology. The hard-nosed, cynical, humorless population of 19.001 billion Bedetopians are ruled without fear or favor by a psychotic dictator, who outlaws just about everything and refers to the populace as "my little playthings."

The large, corrupt, moralistic, socially-minded, well-organized government is dominated by the Department of Defense, with Healthcare and Law & Order also on the agenda, while Welfare and International Aid aren't funded at all. It meets to discuss matters of state in the capital city of The βetaship. The income tax rate is 100%.

The frighteningly efficient Bedetopian economy, worth a remarkable 7,679 trillion βedollars a year, is driven almost entirely by government activity, with private enterprise illegal. However, for those in the know, there is an enormous, deeply entrenched, broadly diversified black market in Arms Manufacturing. The private sector mostly consists of enterprising ten-year-olds selling lemonade on the sidewalk, but the government is looking at stamping this out. Average income is an amazing 404,166 βedollars, and distributed extremely evenly, with practically no difference between the richest and poorest citizens.

Parachutes are considered optional with the newest line of jet fighters, a vast monorail network carries people all over the country, the nation's soldiers are considered the best-dressed in The Maritimes, and blind students are at a disadvantage now that test papers printed in braille have been discontinued. Crime, especially youth-related, is totally unknown, thanks to the all-pervasive police force. Bedetopia's national animal is the Tentacled Lion of Venus, which teeters on the brink of extinction due to widespread deforestation.

Bedetopia is ranked 2,160th in the world and 2nd in The Maritimes for Most Valuable International Artwork, with 402.47 Bank.

Most Recent Government Activity: 73 minutes ago