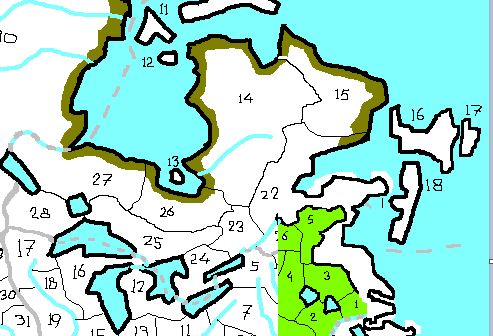 The Most Serene Republic of Coraltis

The World Rearranged contains 164 nations, the 134th most in the world.

The Most Developed in The World Rearranged

As a region, The World Rearranged is ranked 13,531st in the world for Most Developed.

The World Rearranged Regional Message Board

Me = Neander puppet with Sino-Tibetan influence?

The TWR and NE Puppet Depot

Add this combi-nation puppet to the list of Neader-nations.
(Not sure about which branch; maybe determine that later?)

Virge
Branch with various ties to the Caucasus

Merlia as a related language?

Minyaveli (may be a Pelasgian nation)

Calvardie puppet in need of a better flag

Runderen puppet in need of a flag

Veegouwen-Pecault puppet in need of a flag

And may I please be the Denisovans in the very place where the actual "Ainu" are?

add me to the trans-bering branch

I've reached the top 10 of primitive nations. All it took was disconnecting the Internet.

HOW ARE SEVEN NATIONS STILL MORE PRIMITIVE THAN A CAVEMAN NATION?!?

Because you need an evil kind of authoritarianism to reduce a nation to a paleolithic state.

The Free Land of Yetinda

Why is part of the new map-flag green?

The Most Serene Republic of Coraltis

Just randomly received Untitled Goose Nation as a card.
That... is a lot of MV for just one card...