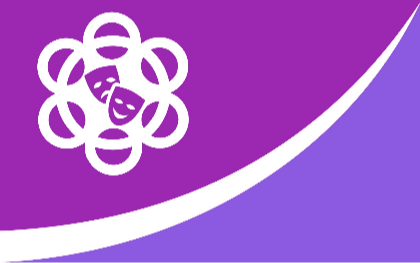 The Republic of Keeper of the Realm

The Free Nations Realm contains 5 nations, the 3,540th most in the world.

The Largest Publishing Industry in The Free Nations Realm

The World Census tallied social media complaints from students regarding overpriced textbooks to determine which nations have the largest book publishing industries.

As a region, The Free Nations Realm is ranked 9,179th in the world for Largest Publishing Industry.

After Unitary Act of 2021 has been passed in the Predstavitel, it was then introduced to the Ravny, debates came and votes came. A 15-3 vote. Finally, state constitution we're suspended, all six states has fell once again to the hands of the central government. Even if this is to happen, 60 percent of incomes from the region will be given to itself, while 40 percent goes to the central government. Governors still holds their office, but each legislative assemblies are suspended. With this, Volchavart signed it immediately. The law then take effect, with the countries name being useless. Thus, one article of the Act issues the name of the nation as the People's Republic of Lunnia. Volchavart wishes this to be recognize by other countries.

Volchavart made a Premier's Decree No. 1610 that creates the Lunnian State Corporation for Astronomical and Atmospheric Activities or the LUSCA. Volchavart gave way percentages of the expenditure for the Space Matters. Volchavart also planned to create, through LUSCA, three satellites by the end of June. Volchavart has also thought of creating a spacecraft that will launch the first dog to orbit diyar. LUSCA has started to operate, with 41,000 employees in one day. LUSCA has also helped increase the economy in percentages.

After a letter that was sent to Naxalxy, he has returned a message that he will be happy to be invited by the new Premier. The visit were the usual, Naxalxy arrived in Georgeberg using a state car with over twenty five guards in motor to protect him, there was marches and numbers but Naxalxy had eight bodyguards around the stage. As both leaders spoke, the stage they were in has bullet proof glass around it. After that, they went to the Lunnian Palace to talk about bilateral relations, with ten bodyguards around Naxalxy as he go inside up to Volchavart's office. They talked about the independence of Santana, Volchavart congratulating Naxalxy, developing ties, an alliance between both countries, among others. The next day, Naxalxy left the Volchavart International Airport in Georgeberg. After the Civil War, Volchavart still wants to develop a better relation with the other side, to promote peace more than war.

Volchavart, after getting an approval from the nation of

Linkers Sha, he appointed John Trowsky as the Ambassador to the Linker Shan Government. With this, Linker Shan leadership has been invited for a state visit to the People's Republic of Lunnia.

More to the 'i' word
Republic of Santana

After enough debates, Congress has decided to pursue the independence of the nation. As more people have agreed to do so, so as the Congress, which adjourned the Santana As A State Act. With this, the government will continues to improve relations with the Russians.

The Commonwealth of Puerto Maynilad

After huge statehood movements from the people since 2019, the government has once again issued a referendum since the 1989 one. Governor Ecija and the Legislative Assembly wanted to hear what the people wants, and will debate over it to decide.

The Colony of RUAF Base Rasstrel

Arctic Intervention
With news leaking from

Kiamai about the presence of

Exsorcial on Befasia, the Imperial Russian Navy decided to take matters into its own hands, and has sent a small task group to clear Exsorcial from the continent. With the Imperial Government issuing a blank cheque in the matter of neutralizing Exsorcial, no holds are barred. 5 ships have been sent to deal with the matter, 1 battle cruiser, 1 cruiser, 2 destroyers and 1 frigate have been detached from the main fleet with orders to eliminate the colony.

The Imperial Monarchy of Kiamai

Worried about Exsorical on Befasia, the Imperial Navy has dispatched a CSG to Kiamais claim zone to protect the nations interests, as the votes clearly lean towards keeping the claims. Parliament has also requested a CSG be sent towards the Exsorical colony.

The United States of Emaha

Located on Bell Boulevard in a complex of turn-of-the-century industrial buildings the Emaha City Transport Museum can be found. The three large halls were built at the start of the twentieth century as a physical laboratory. These days they contain over 200 years of history, the chronicle of Emaha City's world-famous transport system. The interactive museum is fun for vehicle (and Emaha City) enthusiasts of all ages. The building has both road access and a rail connection to the Emaha City Subway network, which allows the storage and display of significant numbers of buses, trams, rail rolling stock and other vehicles. Some of the highlights include steam-powered subway trains and locomotives, wooden railway coaches as well as all generations of the iconic yellow buses that cannot be overseen anywhere in the city since the 1920s. Furthermore, visitors can view horse-drawn buses and trams and discover the history of taxis. In many of the more recent exhibits, you are even allowed to take a place in the driver's seat, which is sure to make many dreams come true.

The extensive archive collection is available for research purposes by appointment and includes historic timetables, maps, books, manuals and plans. The museum also focuses on outlining the impact that the developing transport network has had on the city and its population.

As it is publicly funded by the government and private donations and grants, you can visit the Emaha City Transport Museum for free. It is open seven days a week from 10-18.

The Supreme Dictatorial Regime of Pahlavishan

As of today, a few nations have requested to open embassies with our glorious nation. Now, Pahlavishan is not exactly known to place nice with others however under the new administration of our supreme leader, the lovely Charlotte Vaizey, Pahlavishan will be rethinking its foreign policy now that the military and economy are up to speed.

United State of Ancolia and the

Europan Union have
made a request for an official embassy in Valterkrieger. The supreme leader has requested that the leaders of these nations schedule a visit to the Pashlavian capital to discuss this matter in more detail.

An embassy is already being opened with the Islamic Emirate of Qashqai, which is set to open on Sunday, June 13, 2021.

Recently, Charlotte Vaizey met with the president of the American Province Union and established a trade treaty between them and Pahlavishan. The terms of this treaty are as follows.

In exchange for APU Army exports, Pahlavishan will export 6,000 barrels of petroleum and 2500 barrels of crude oil per month. The APU will be sending over 5000 infantry equipment, 10 tanks and 25 fighters per month. These trades will be conducted using armored convoys. (If you noticed I inspired this off of HOI4)
The Pashlavian Fishing Network will also be sending 200 lbs of its famed Herculean Squid calamari or the equivalent of 1 ½ of the monstrous beasts.

In order to expand this trading bonus, Pahlavishan will be extending an offer for a new alliance to cement a united force in the south of Diyar. This alliance will be a military and economic alliance with Pahlavishan at its helm. The supreme leader officially extends this offer to:

For a better understanding and future for the south!

The Educated Democracy of Amorosa-Coonarra Coasts

Independent MP Joan Luckett does not wish to participate.

The torching of the Bellbird Creek Uni auditorium was not a terrorist attack. It was arson, or as the culprits called it, 'a prank'. Pranks will not be outlawed in A-CC, but arson certainly is.

The Member for Fisher (Narrawong Region) has voiced his discontent with this proposal, concerned that industry may leave the Narrawong Coast.

For now, debate is underway.
(Not now though, my Members have had enough nights with little sleep.)

The United Galactic Republic of Obets

The government has recently been playing with the idea of changing the pretitle to accomodate for the presence of Obets beyond just the world of Diyar. The previous post-title of Obets was just United Republic, however they want to change it up. Obets may still be referred to as the OUR when referring to domestic issues however in general terms Obets's full name will be the e-Obet United Galactic Republic (e-Obet Tgowotth Tefalin Ganaku), the government shall be referred to as the Galactic Government. Before anything official can be done it must be run through the parliament.

After the news broke that Exsorcial had been found in Befasia the Obets National Space Knowledge Association (which also deals with Befasia) immediately went into a panic. They immediately contacted the Galactic Government and action was immediately taken, all research stations in Obets's righful land in Befasia have been shut down temporarily, and all nuclear testing sites (the ones that involve quantum experimentation and Quarks and Stuff) have been on lockdown and have been shut down. All of these sites will be shut down until the national guard arrives and

Kiamai receive the aid from Obets that will be sent to them to help deal with Exsorcial.

The president and her cabinet have looked over this offer and see both benefit and trouble in it. Obets is already a member of the Trans-Diyar Cooperation Pact which is an alliance for military, economics, and much more including counter-terrorism. They also doubt that the international community would be ok with a liberal, democratic country pairs up with a brutal dictatorship. If any nations, such as

American Province Union would like to join the TDCP they may. Though there is doubt whether

Pahlavishan would be able to join, as they are a brutal dictatorship (at least to the point where Obets would turn them down).

For now the galactic government will turn down this offer however they may join later, if the circumstances let so.

The Imperial Monarchy of Kiamai

No Thanks
Parliament has made the executive decision to decline the alliance offer, stating we prefer not to place this nation in any permanent alliances, and we do not wish to align ourselves with dictatorships either.

The Country of United State of Ancolia

As NASA are continuing to expand knowledge about the heavenly bodies, they have plan to look at one of the planets with a posibility to sustain life, the Karst. For many years, it has been looked at by scientists about such informations. Now, Karst was to be expedite at. Although, expedition has not been finalized by NASA until they will give their conference tomorrow with its deputy administrator, William McClelland. This may be another huge leap for the world and it will be a thrilling part of our history to see.