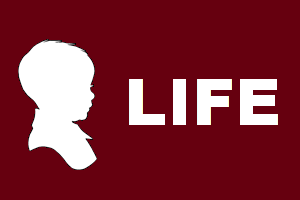 The Theocracy of Aawia (elected 260 days ago)

The Christian Democratic Nation of Culture of Life

Right to Life contains 112 nations, the 194th most in the world.

The Most Armed in Right to Life

World Census experts took their lives into their hands in order to ascertain the average number of deadly weapons per citizen.

As a region, Right to Life is ranked 4,537th in the world for Most Armed.

Right to Life Regional Message Board

The Friendly Republic of New Dolgaria

The Confederacy of Nova Merrimack

You know what lets elect a new one.

The Rouge Christmas State and Michigain

The Confederacy of Nova Merrimack

Im starting my own region called Life and Liberty Ya'll should join.

The People's Republic of Prisuravi

I got kicked out of a commie group. Apparently to them the autonomy of the body was more important than a defender of socialism.

The Only of First And Only Archive

Hehe, impressive to be banned by a Communist AND a Nazi region in the space of a few days.

I guess RTL was too slow an rmb for prisuravi though as he's moved to North Pacific and posted there twenty or so times in half as many hours...

The Ancient Tellurian Union of The Gallant Old Republic

It is fairly slow, I think it is because

The Dictatorship of The Union of Polish Republics

Truly saddening how sectors of Christianity has been infiltrated by liberals. Those fighting for the truth are now branded as heretics.

It isn't a one-sided political matter either. Politics is the fastest-growing religion in America, and it's infecting the church too. Many people call themselves a Christian, and may faithfully attend church, but still take direction from their favorite political pundit before they take it from God's Word.