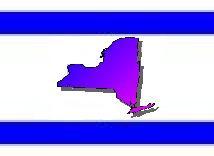 The Chromodynamic Flavor of Gell-Mannhattan

New York contains 57 nations, the 372nd most in the world.

The Most Primitive in New York

Nations were ranked by World Census officials based on the number of natural phenomena attributed to the unknowable will of animal-based spirit gods.

As a region, New York is ranked 14,614th in the world for Most Primitive.

The Homesickness Pill of Kalmukia

*gets a sandwich*
*follows the conversation*

The Airborne Flock of Migrating Geese

Whew! That's a lot of hours!

Well, New Yorkers, we need to be getting along, but thanks so much for letting us visit!

The Floating Fortresses of The 21 Hot Air Balloonists

*floats off into the sunset*
Thanks for hosting us! :D

I have enjoyed the visit here. Thank you all.

The Homesickness Pill of Kalmukia

These vagabond shoes are longing to stray. Bye, New York.

I hope everyone is well in these mad times.

The Pleased to Meet You of Devil

Hail friends! Nuke Day is here once again and I reach out to you today to join the Horsemen of the Apocalypse! We won last year and plan to do it again!

The Horsemen of the Apocalypse: N-Day 5

The Mad King of Hell of The Stalker

We impose order on the chaos of faction evolution. You exist because we allow it, and you will end because we demand it.
- The Stalker when asked the purpose of the Horsemen of the Apocalypse.

The non-aggression pact, the shameless megafaction, the backroom agreement, these are the tools of cowards and weaklings. True glory rests in the hands of those who succeed on their own merits. Strength is the only currency accepted by The Atom, and only the strong will prosper on N-Day. The Horsemen of the Apocalypse are the greatest faction in N-Day history, that is a simple fact, the highest score ever, the highest faction population ever, the most nukes ever, the most shields ever, the only faction to ever finish at #1 with no radiation, our accolades are limitless, our abilities are peerless. You all know who we are, and you know what we're about. If you wish to free yourself from the shackles placed upon you by bickering cowards and sycophants then seek us out. The ability to choose what is destroyed, when, and in what manner is the exclusive prerogative of the powerful, following the weak will only lead to you being counted among the vanquished.

RP aside, we dominated virtually unchallenged last time, and we're going to win again this time even if it requires us to actually try a little. If you want to be in the #1 faction then join us, accept no substitutes. As [v] herself said, 549 out of 574 Factions finished with a negative score, of the 25 positive scores one was us and the other 24 stayed positive solely because we couldn't be bothered to wreck them.

If you want to flex on all the other nerds that play this game join our Discord now and join our faction once the event starts.

And I heard as it were the noise of thunder, One of the four beasts saying come and see and I saw, and behold...

It's time for round five my friends, The Horsemen of the Apocalypse ride once again.

Hell, Underworld, The Order of the Grey Wardens, Lily, Glass Gallows, Middle Earth, Hippy Haven, and bringers of the apocalypse reunite for round five.

For those not around last time and for those of us in need of a refresher please read over the NS News dispatch here; page=dispatch/id=874170

Simple Version.
1. Join faction to start building production
2. Spend Production on missiles or shields
3. Use missile to strike foes for points, use shields to stop incoming missiles
4. Read ^ dispatch, V read the Plan.
5. Be on the Discord! >>>

The Plan
This year we show no mercy. Join us and you will be free to attack whomever you wish, we have only targets and make no non-aggression pacts.

Join us on the

discord for organization hits, or pick your own targets on your own.

Stick to your specialty, if you're military build nukes, if you're strategic build shields. If you're economic do whatever you please. Whatever your specialization be ready to fight at the start, who knows how many losers from last year will try and fail to get revenge on us early.

Altmoras is the Lord of War, leader of the Horsemen, follow his orders.

Like last time we work from the shadows again. We don't start fights or hit randomly, we won't draw blood, we will slaughter them all at once. We will focus on small or inactive groups. We will avoid taking strikes and create truces.

Best way to avoid becoming a repeated target will be to keep our defense strong, if they can't land a strike on us, and we don't attack them, they will move on. While we'll focus on earning points.

I wanna encourage folks to have a 40% offense, 60% defense slant on production. Particularly at the start of the game and while people are more active. At the start we will see a lot of attacks coming in from everywhere, so have your defenses ready. Remember it is better to stop the first attack to discourage future attacks, strikes only get easier later on.

All of this will be organized through our discord.

Altmoras is the Lord of War, leader of the Horsemen, follow his orders.

FAQ
How many nations to use?

Short answer, as many as you can manage, and in relationship to the time you plan to put in.

Everyone should use at least one nation, if you plan to put in the time and effort use a few more. Remember you build resource/"production" only when the nation is in the Faction. Allowing you to buy shields and missiles, more nations means more you can build up, have one nation just for defense, one for missiles, etc.

However more nations also means more targets for our foes to target! So you gotta pull the weight of the nations you use. Lots of inactive targets is bad, what we want is the right amount of active folks making best use of the max production they can handle.

Does this affect my nations stats??

No! There are no long term repercussions.

Horsemen Scores of prior N-Days
N-Day I: We made it into 30th for top strike, our offense was on point. However we didn't have nearly enough defense, we also attacked indiscriminately, started fights, and got mass attacked by everyone in return.
Member Regions: Hell, Underworld, Glass Gallows, Middle Earth, Hippy Haven, and bringers of the apocalypse.

N-Day II: We made it into 12th place with 12,606 strikes, and only taking 5,827 hits.
Member Regions: Hell, Underworld, Glass Gallows, Middle Earth, Hippy Haven, and bringers of the apocalypse.

N-Day III: We rocked the house taking 2nd place thanks to the tireless work of Altmoras, with 67,539 strikes, and only taking a mere 39 hits.
Member Regions: Hell, Underworld, Glass Gallows, Middle Earth, Hippy Haven, Citadel of Ricks, and bringers of the apocalypse.

N-Day IV: We won. We came in 1st. 332,564 strikes and not a single hit landed on us. We are the Kings of the Apocalypse!! Great work to all involved, special thanks to organizer and leader of the Horsemen Altmoras!
Member Regions: Hell, Underworld, Glass Gallows, Middle Earth, Hippy Haven, Citadel of Ricks, The Order of the Grey Wardens, Lily, and bringers of the apocalypse.

And I heard a voice in the midst of the four beasts
And I looked and behold, a pale horse
And his name that sat on him was Death
And Hell followed with him.

The Demon Rehabilitation Center of West Whatever

Why hello there! Thanks for the embassy!

Just popping in for a visit. Saw you had a embassy with my region The Maritimes. If there is any hockey fans in here, GO PREDS!