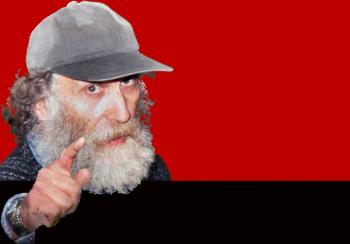 The People's Dumpsterfire of Communist Dumpster (elected 101 days ago)

The Unfriendly Apparition of Ghost of Stalina

Eastern Europe contains 52 nations, the 404th most in the world.

As a region, Eastern Europe is ranked 19,115th in the world for Least Corrupt Governments.

The Unfriendly Apparition of Ghost of Stalina

...And in the end he loved Stalina. Freedom at last.

(Not mad at all, I reached my use by date years ago. I'm glad I got replaced by someone who gets the history, just as I did back then.)

The Revolutionary Struggle of Bronstein

Mother Bear's legacy shall never be forgotten. Even though Ghost of Stalina has always been the founder of Eastern Europe! Anyone who disagrees is living in an Orwellian dystopia.

The Empire of Bigtopian Bigwigs

Hello fellow Eastern Europeans I am ecstatic to be back, sad to see that our lovely region has been reduced to this size, how has this happened?

The People's Dumpsterfire of Communist Dumpster

Communist eraser and Ghost of Micronesia