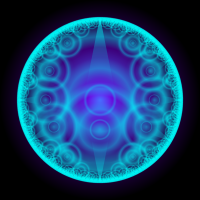 The Stellar Ascendancy of Solariia (elected 19 days ago)

The Beacon Spire of Endolantron

Autropolis contains 24 nations, the 724th most in the world.

The Most Politically Free in Autropolis

These nations allow citizens the greatest amount of freedom to select their own government.

As a region, Autropolis is ranked 14,126th in the world for Most Politically Free.

No problem. If anyone wants to trade, you can find me in the 'Verse.

New Contest in the URA discord: Who will become the Champion of Halloween? Randomly trick or treaters will come to either #general-discussion or #bot-games the first to enter either h!trick or h!treat gets the prize. Contest will end on November 2nd. If you are not in the URA server join today! If you need an invite please let me know.

The United Regions Alliance would like to invite all citizens of the URA regions to our week long Halloween Festival. It will include Movies, games, and an RP Event! Please join the URA discord to participate. The Festival runs from 10/25-10/30. If you need an URA discord invite please DM me. Here is the full schedule of events. I hope to see you all there.

The Democratic Republic of Suvmia

Come one, come all, to the first annual United Regions Alliance Halloween Festival! This fantastic event will start on October 25th, and finish on the 30th, just in time for Halloween! The week will be jam-packed with games, social events, and movies, so check the schedule down below (a more detailed schedule will be posted at a later date)! All events will be hosted on the URA server, so make sure you join the server to be involved.

The Stellar Ascendancy of Solariia

THE UNDEAD ARE RISEN

Come one, come all!

To celebrate the One-Year Anniversary of the founding of the United Regions Alliance, the URA will be hosting a Festival from November 9th to 15th! Come out to the URA discord server (https://discord.gg/BExPgPF) to enjoy various speeches, presentations, and panels, from prominent figures both within and outside of the URA, as well as a chess tournament competed amongst our member regions! All the necessary information is contained in the dispatch linked below this message; make sure you join the server and check it out!

The Democratic Republic of Suvmia

Welcome to the URA One-Year Anniversary Festival! This celebration marks the anniversary of the founding of the URA, on November 9th, 2019. Over the past year, there have been many ups and downs; accomplishments to celebrate, and mistakes to learn from. Over the course of this week, we will be hosting many live speeches/lectures, some games, as well as a weeklong chess tournament of our regional members. Check out further information below!

Speech from our Founder,

Ellenburg.
Start of Chess Tournament, 8 matches throughout the day.
Speech from Llo, CEO of NSToday, on The Importance of News, Managing an Organization, and How You Can Help.

9003, titled Card Collecting Basics and Beyond.
Presentation from

The last 4 Chess matches of round two completed.
Presentation from

All round three Chess matches played throughout the day.
Presentation from

Semifinal round of Chess tournament.
Presentation from

Anon Zytose, titled So You Want To Make A Map.
Presentation from

Praeceps, titled How to Create a Card Program.

(Note: schedule is subject to change)

Mabuhay! To our embassy partner, ally for peace and sustainable development, we would like to request your support for our Delegate and President,

Ariusgrad, as it has recently received a commendation proposal no less from our World Assembly Secretary General.

As the longstanding delegate of a large, founderless region for more than eight years and counting, this nation has demonstrated utmost dedication and unparalleled service for its constituents in the Philippines. In its dream for a shared world, it has kept the region open to all aspiring members despite the increasing demands of ascending in the international stage. Never has it been under an Ariusgrad administration that the region locked itself from invasion, facing the powerful forces head on with incredible skill in consensus building and maintaining alliances. As an integral member of the URA, the region under its exemplary leadership has since been key to many initiatives.

In a day or so, the landmark proposal will be taken up in the Security Council. Every manifestation of support will be most beneficial, for this is not only a recognition for a largely unknown region such as the Philippines, but also an interesting development, a great message, for all regions which may not have marquee reputation relative to the world, but which credentials are nonetheless noteworthy.

The Academy of Anon Zytose

Regarding the poll: Why not both?

The Stellar Ascendancy of Solariia

For unspecified reasons, you have only the option of one and can only take one round-trip that lasts for as long as you please.

The United Regions Alliance recommends voting FOR SC resolution "Commend Ariusgrad" A bit of background on this Commend Resolution. This is a fellow URA member World Assembly Delegate that I believe is well deserving of a commend. I ask all URA members to please vote in solidarity for this proposal. Together we can turn the tide from the current vote totals and get this proposal passed! We have URA authors of GA and SC resolutions but we don't currently have anyone that is Commended currently. Lets make this happen! I thank you all in advance for the support!

The Golden empire of Rex Omnia

In order to register, all you need to do is provide me your nation name and 3 specialties via discord (Rex Omnia#1518) or telegram Rex Omnia. Specialities are events that you can choose to have an advantage in. For example, if I choose to specialize in the 10km sprint, I mark that down on my registration, and I will then have a higher chance of success at the 10km sprint. You can choose 3 speciality events of your nation.

An example registration will be provided below:

Registration is open starting November 23rd, and closes by the end of November 30th.

Prize! If you manage to win the Olympics you will get your very own role on the URA Server. And for those who are not interested in prizes well you can make sure no one else can win.

Looking to have a good turnout for this event. We currently are limiting to the first 40 nations to sign up but that could be altered depending on interest.