Since the rise of the World Assembly from the ashes of its predecessor, the Bureaucracy That Cannot Be Named, WA member nations have worked tirelessly to improve the standard of the world. That, or tried to force other nations to be more like them. But that's just semantics.

Below is every World Assembly resolution ever passed.

Security Council Resolution #78 “Commend Unibot II” shall be struck out and rendered null and void.

Observing that the contributions to the interregional community cited by SC#78: Commend Unibot II as justification for commendation of Unibot II are far more complex than SC#78 would lead the world to believe;

Noting that, contrary to the claims of SC#78, the leadership of Unibot II among nations and regions that defend vulnerable regions from invasion has proven extremely divisive, often resulting in needless disunity among such nations and regions, to the detriment of defender strategy and organization;

Asserting that Unibot II's leadership of the United Defenders League (UDL) was plagued with scandal, as the UDL often strayed far from the defender ideal of regional sovereignty under Unibot II's direction, committing a number of unjustifiable subversive actions against several prominent regions;

Recalling that the UDL fell into complete disarray from which it has never fully recovered in the aftermath of one such subversive incident, an espionage scandal in The North Pacific which met with widespread interregional condemnation, demonstrating the severity of Unibot II's poor leadership of the organization and the nation's complete disregard for the sovereignty of regions that do not conform to its extreme worldview;

Objecting to the credit extended to Unibot II by SC#78 for so-called "scholarly works," noting that the works produced by Unibot II have often demonstrated ignorance and oversimplification of interregional history, resulting in propagandized conclusions based on the ideologically radical worldview and agenda of Unibot II rather than scholarly research focused on empirical data;

Repudiating the disreputable behavior of Unibot II as contrary to the principles and aims of this Security Council, and firmly asserting that a nation of such ill repute -- which, as a result of its own reprehensible behavior, has been annihilated and no longer even exists -- should not be rewarded by this Security Council with commendation:

A resolution to strike down Delegate-imposed barriers to free entry in a region.

Recalling the Congress of Armed Proletarian States (hereinafter "CAPS") as an region dedicated to fostering interregional cooperation among regions;

Realizing that the Founder of CAPS relinquished executive authority to decentralize power of the region in keeping with its democratic ideals;

Noting that ideological forces which had declared a "war on communism" invaded CAPS and removed all legitimate native electors in the region;

Observing that these occupying ideological forces have since placed restrictions barring entry to CAPS by its legitimate native electors;

Observing further that these occupying ideological forces have severed all connections between CAPS and the regions participating in its planned program of interregional cooperation;

Taking into consideration that diplomatic attempts by legitimate native electors to return CAPS to native control were rebuffed by its invaders;

Recognizing that the legitimate native electors to CAPS have a right to support a liberation of the region from these occupying forces;

Security Council Resolution #180 “Liberate Congress of Armed Proletarian States” shall be struck out and rendered null and void.

Stressing that WA Security Council Resolution #180, "Liberate Congress of Armed Proletarian States" is rendered ineffective by the destruction of the region;

Promulgating that this intentional destruction of the Congress of Armed Proletarian States (CAPS) was carried out by craven ideological zealots to prevent the former native members of CAPS from ever returning to their region;

Emphasizing that earnest diplomacy was employed to attempt to gain right of return by the former native members of CAPS who were rebuffed by these ideological crusaders;

Concerned that regions under active discussion by the World Assembly can be destroyed without further recourse;

Taking note that CAPS was not itself engaged in ideological warfare but rather dedicated to improving diplomacy and interregional ties;

Reaffirming the right of native communities to self-determination;

Emphasizing further that the former native members of CAPS may rightly seek further retribution for this crime;

A resolution to recognize outstanding contribution by a nation or region. 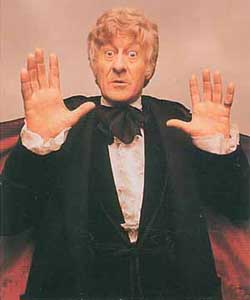 Noting that for over ten years, Flemingovia has been a pillar of the community of multiple regions in the world,

Recalling that Flemingovia spearheaded the resistance movement against the coup d’etat by Pixiedance in 2005, which went on to become the democratic government of The North Pacific, at the risk of public persecution and banning from the region,

Recognizing Flemingovia’s success in stabilizing The North Pacific as World Assembly Delegate in the immediate aftermath of Pixideance's coup d’etat, helping to secure the region from its occupiers and allow the legitimate government to establish itself under Flemingovia's protection,

Lauding Flemingiovia’s contributions to The North Pacific’s society, including being an outspoken defender of democracy and transparency and renowned folk songwriting,

Enthused by Flemingovia’s service as World Assembly Delegate of Taijitu in 2007, during which Taijitu was the one of the largest regions in the world, contributing to the still growing culture of the relatively young region and helping to recruit nations to join Taijitu,

Appreciating the assistance, resources, and advice from experience that Flemingovia provided to the legitimate Lazarus government while Lazarus was suffering a coup d’etat committed by

Stujenske and The Pacific in 2015, which included providing materials Flemingovia used in previous resistances, and methods to convince nations to join the resistance force,

A resolution to recognize outstanding contribution by a nation or region.

For over six years
They have written poetry
Uninterrupted

Calmly and simply
Recording all emotions
For a well lived life